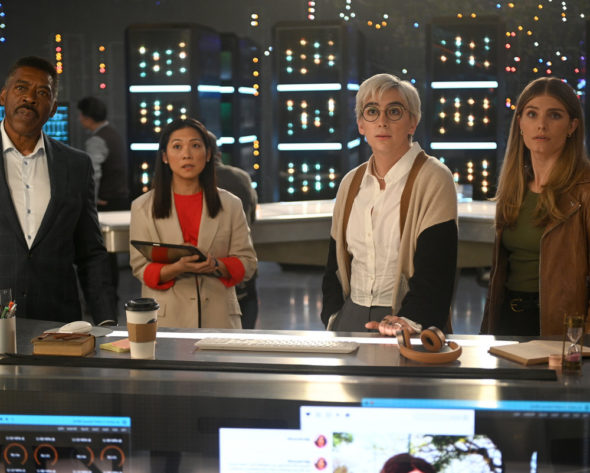 We’re going back to the past in the first season of the Quantum Leap sequel on NBC. As we all know, Nielsen ratings typically play a big role in determining whether a TV show like Quantum Leap is cancelled or renewed for season two. Unfortunately, most of us do not live in Nielsen households. Because many viewers feel frustrated when their viewing habits and opinions aren’t considered, we invite you to rate all of the first season episodes of Quantum Leap here.

An NBC sci-fi series, the Quantum Leap TV show is a sequel to the 1989-93 series of the same name. This incarnation stars Raymond Lee, Caitlin Bassett, Ernie Hudson, Mason Alexander Park, and Nanrisa Lee. It’s been nearly 30 years since Dr. Sam Beckett stepped into the Quantum Leap accelerator and vanished. Now, a new team, led by physicist Ben Song (Lee), has been assembled to restart the project in hope of understanding the mysteries behind the machine and the man who created it. Everything changes, however, when Ben makes an unauthorized leap into the past, leaving the team behind to solve the mystery of why he did it. At Ben’s side throughout his leaps is Addison (Bassett), who appears in the form of a hologram only Ben can see and hear. At the helm of the highly confidential operation is Herbert “Magic” Williams (Hudson), a no-nonsense career military man with a tie to Sam Beckett. The rest of the team includes Ian Wright (Park) and Jenn Chou (Lee). As Ben leaps from life to life, putting right what once went wrong, it becomes clear that he and the team are on a thrilling journey. However, this thrill ride could result in the loss of Ben forever.

What do you think? Which season one episodes of the Quantum Leap TV series do you rate as wonderful, terrible, or somewhere between? Do you think that Quantum Leap should be cancelled or renewed for a second season on NBC?

I loved that they tied in the 2 main characters from the original Quantum Leap.

It was interesting but way too “busy” with the side information. Too many people in the background. Hopefully the stories are the main thing after this.