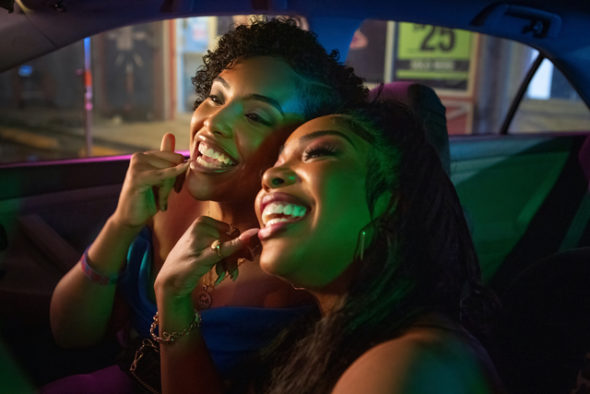 A college dropout and a struggling rapper, Shawna (Osman) works at a Miami hotel as a concierge and feels stuck in her life. She’s struggling to maintain a long-distance relationship with her boyfriend, a law student at NYU named Cliff (Terrell). Her best friend, Jill (Jahava), works for Spotify but won’t help Shawna make any connections there.

Shawna is surprised to receive a call out of the blue from an old friend named Mia (KaMillion). Mia’s the single mother of a four-year-old girl and a rapper who works multiple jobs to support herself. She asks Shawna if she can watch her daughter while she does a client’s makeup. The girl’s dad, Lamont (Cyler), has flaked.

Shawna agrees and this rekindles their friendship. They go out drinking afterward and have a heart-to-heart talk on Instagram Live. Their song goes viral so Mia proposes they start a rap group together.

What do you think? Do you like the Rap Sh!t TV show? Do you think it should be cancelled or renewed for another season?