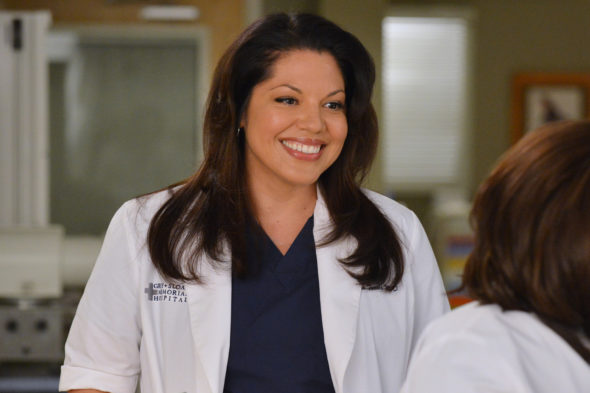 Grey’s Anatomy viewers witnessed the departure of Sara Ramirez at the end of season 12 following a decade on the drama. The actor recently spoke about their time of the series and noted that they are open to returning as her character, Dr. Callie Torres. Viewers recently saw the return of another former cast member, Kate Walsh, at the start of the current 18th season.

Ramirez said the following about the ABC medical drama, per People:

“Being part of the Shondaland family was one of the greatest honors of my life, one of the greatest privileges. It taught me so much, portraying a character that a lot of folks had not seen on TV including myself. I will always have a soft tender place in my heart for that work family and that role. It was the role of a lifetime. I wouldn’t be who I am today without the experience I had on Grey’s Anatomy and my heart is completely open to going back and checking in with Dr. Callie Torres. But that would only happen if the writers’ room and the story really organically led them to need a character like Callie to come back. They all know that I support them from afar and that I’m rooting for them.”

Ramirez currently appears as Che Diaz on the Sex and the City sequel And Just Like That … on HBO Max.

Grey’s Anatomy returns to ABC on February 24th. The network is currently in talks to bring the series back for season 19.

What do you think? Would you like to see Ramirez return to Grey’s Anatomy at some point?

I would be so overjoyed if they would bring her back, she made the show come to life when she was there, and that is what the show needs right now, to bring life back into it.

I really think it’s time to rap it up ! I have been watching since the beginning, but the material isn’t there anymore. Put it to rest , it’s time!!!

I would love to see Callie back but didn’t ever care for her Arizona partner. I’m glad Addie is back. Would love to see Christina come back when she hears Owen is in a Coma and give Teddy the fright of her life and the whole house dance it out

Sara is a terrific actress whose gender identify and expression only ad to her brilliance, returning her character should be a no brainer. I’ve heard all the stories about whatshername wanting to cancel it and she cant get away, well quit…. leave the show… to be frank, its now descended into a boring load of rubbish about an actor who clearly doesn’t want to be there…. bring back some of the old bloody and get in some new writers to refresh the entirely thing. Greys Anatomy without the Meredith character will be no worse off at this stage, but with… Read more »

Yes, of course bring Callie and Arizona back. They were two of the best actors on the show. Could not figure out how you could let such a good actress as Jessica Capshaw go? You have kept Weber, Bailey, and Catherine Fox, for 2 years now ( they are really good actors too) but they really have no creative story to tell, which is why you said you let Jessica Capshaw go???
Please bring some really good acting back to Grey’s,

Loved her character on Grey’s. But didnt care for her look she had on Madam Secretary . So not sure how I feel about it.

‘her look’? You mean because she had a masculine short haircut for a role in a tv show she is no longer an actress with any merit. Its a shame you’re judging someone on a role they play and the hair they have, not who they are and what they contribute that is positive n the world – like being a lesbian role model perhaps to people if it was pretty much unsaid that she was playing a lesbian.