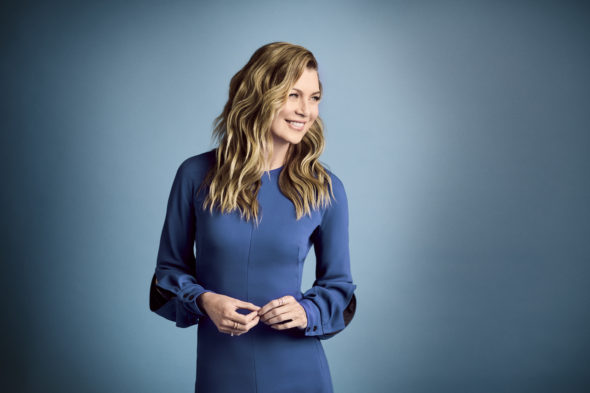 ABC wants their top-rated drama series back for 2021-22. To no surprise, the network has renewed Grey’s Anatomy for an 18th season.

Grey’s Anatomy stars Ellen Pompeo, Chandra Wilson, James Pickens Jr., Kevin McKidd, Kim Raver, Jesse Williams, Camilla Luddington, Caterina Scorsone, Kelly McCreary, Giacomo Gianniotti, Chris Carmack, Jake Borelli, Greg Germann, Richard Flood, and Anthony Hill. The long-running series revolves around the personal and professional lives of the surgical residents, fellows, and attendings in the surgical wing of the fictional Grey-Sloan Memorial Hospital in Seattle, Washington. They seek comfort from one another, and, at times, more than just friendship. Together they discover that neither medicine nor relationships can be defined in black and white.

Airing on Thursday nights, the 17th season of Grey’s Anatomy averages a 1.07 rating in the 18-49 demographic and 5.30 million viewers in live+same day ratings. Compared to season 16, that’s down by 17% in the demo and down by 15% in viewership.

ABC has also renewed spin-off Station 19 for a fifth season on the network. Here are portions of the announcements:

“‘Station 19’ and ‘Grey’s Anatomy’ have done an incredible job of honoring real-life heroes by giving audiences an unflinching look at one of the biggest medical stories of our time,” said Craig Erwich, president, Hulu Originals & ABC Entertainment. “[Showrunner] Krista [Vernoff] and her team of writers have continued to deliver the compelling and compassionate storytelling that is a hallmark of these shows, and created some of the year’s most-talked-about moments in television. We’re so grateful to our talented casts and crews for their extraordinary work that connects with viewers everywhere, and we look forward to sharing even more defining moments with our fans next season.”

“The writers, directors, casts and crews of ‘Grey’s Anatomy’ and ‘Station 19’ worked so hard to bring these shows to life this past season,” said Vernoff. “Keeping each other safe on set while paying tribute to the front-line heroes and first responders has been a challenge and a privilege. I’ve been truly blown away – particularly by our tireless crews – as they reinvented the TV-making wheel. Thank you to ABC and ABC Signature for the support and extraordinary partnership through this unprecedented season. We are so grateful for the opportunity to tell more stories.”

What do you think? Do you still enjoy watching the Grey’s Anatomy TV show on ABC? Will you be tuning in for season 18? How much longer should this show run?

I love this show! I’ve watched every single episode, & always look forward intently, to the start of the next season.
Please let it run on, & on!

I’m glad that renew Grey’s Anatomy. I love this show and i watch it with all my heart

I am still loving the show and am glad they will be returning.

I dont enjoy watching greys anatomy anymore. This will be our last year.

The writers are running out of material. I have been watching since the beginning, but now I can take it or leave it . End it .

I’m in SA so still watching season 17. Loving the true to life storyline. I lost my mom over a year ago. Had to be strong so never really cried. Greys has had me crying every episode so far. Thank you for such and amazing serious and keep going with true life story lines. Be safe

Hopefully the next season will be much better than the currently running one. Would love to see more episodes with Grey and Bailey – my 2 fav characters and the reasons why I keep watching this show.

They need to put this show out of its misery! It is getting so boring that I don’t even care to watch it anymore. Way too much personal drama. Get to the medical part of the show.

I hope ABC will live to regret that ridiculous decision.

Congratulations for all my beautiful friends! we wishes them a so long continuations! we are so so happy!we make for my mother and me some persons very great!!!

Great news that GA was renewed sir another year. Been watching this show since day one

Presumably this means they got Ellen Pompeo to sign on for another year, since they already admitted they would not attempt to do the show without her.

My guess is that they want another year, because this season has been a serious bummer with the all COVID all the time, and half the scenes taking place on this mythical beach that only exists within Meredith’s comatose mind. Give them another year to wrap the series up on a more positive note? Why the Hell not?