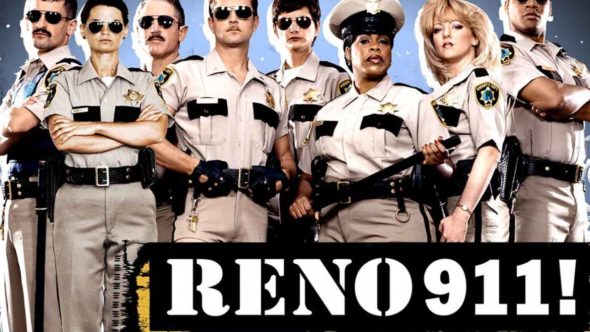 Reno 911! fans will have a special treat this holiday season. A special edition of the mockumentary comedy series is set for release just before Christmas. Reno 911!: The Hunt for QANON will arrive on December 23rd on the Paramount+ streaming service.

Reno 911! debuted on Comedy Central in 2003 and ran for six seasons. It was revived by Quibi, the short-lived streaming service, for an additional season in 2020. The show is a satire of the Cops reality series and follows the inept members of the fictional Reno Sheriff’s Department.

Paramount+ revealed more about the special in a press release.

“Paramount+, the streaming service from ViacomCBS, and MTV Entertainment Studios today announced the new special RENO 911! THE HUNT FOR QANON will premiere Thursday, Dec. 23 exclusively on the service. In addition, Paramount+ released a teaser trailer and teaser art for the upcoming special.

On a mission to track down the one and only Q, the one behind all QAnon conspiracies, RENO 911! THE HUNT FOR QANON follows the deputies from the Reno Sheriff’s Department as they get stuck at a QAnon convention at sea, ultimately escaping only to discover that they’ve landed at Jeffrey Epstein’s old island.”

Check out a preview for the Reno 911! special below. 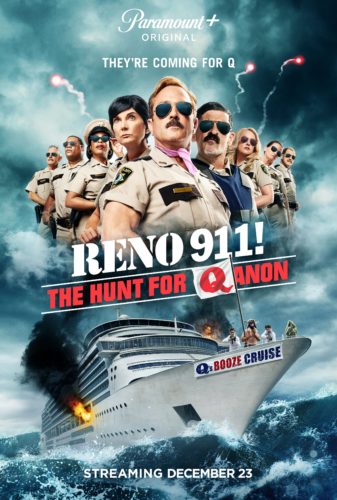 What do you think? Are you excited to see the Reno 911 special in December?