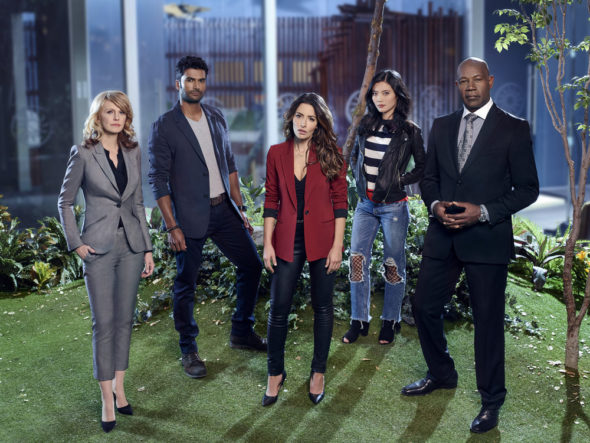 TV show description:
From Mickey Fisher, the Reverie TV show is a cutting-edge techno-thriller. The drama centers on former hostage negotiator Mara Kint (Shahi), an expert on human behavior. After a horrific, personal tragedy, Mara left that field to become a college professor.

Her semi-retirement is totally upended, when her former boss, Charlie Ventana (Haysbert), drafts her for a new mission. Their new mission is to save regular people who have essentially lost themselves in a virtual-reality of their own making.

The new technology is a highly advanced, immersive experience, which allows users to live out their biggest dreams and wildest fantasies. As Mara fights to save these people, she just might find her own salvation, as well.

Series Finale:
Episode #10 — Point of Origin
The team must race against the clock when one of them is kidnapped, and Onira-Tech is at risk of being destroyed.
First aired: August 8, 2018.

What do you think? Do you like the Reverie TV series? Should this NBC TV show have been cancelled or renewed for a second season?

How are you going to hook people into watching this, then POOF GONE?!?!??! PLEASE BRING BACK!!!!

I really enjoyed this show. I wish it had not been cancelled.

My wife and I loved this show as it was so unique. There was nothing like it on TV and the cast was perfect. It was a shame that it was cancelled

I really like the show there wasn’t anything like it on. Loved the cast I thought it clicked.

PLEASE bring Reverie back. I LOVED IT!!!

I thought that this series was very intriquing and I am disappointed that it is canceled. There are so many shows that are so much alike, this one was truly different.