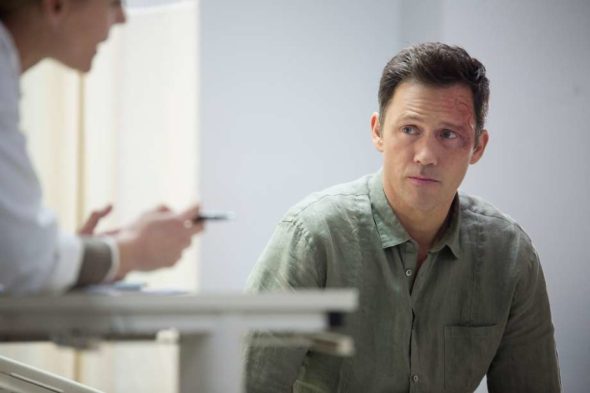 Shut Eye has been shut down. Deadline reports Hulu has cancelled the TV show after two seasons.

Enjoyed Shut Eye. But all good things must end. I’m grateful to Hulu and Sony. They were great places to work at. Onward and upward.

What do you think? Have you seen Shut Eye? Do you think the show deserved a third season?

Yes I think Shut Eye should have a third season. It obviously has a compelling theme, subplots, characters, drama and comic episodes to keep the viewers wanting more. Every episode has cliff hanger; especially the last one. It leaves the viewers wanting answers to several questions. Hulu has a money maker with this show. It has enough material to fill up several seasons. Come on, bring it back!

I’m so disappointed that there won’t be a 3rd season! I just started watching this yesterday and love it!

Ugh! I was finally able to pay for Hulu again. First thing I did was finish the 2nd half of the 2nd season. Totally disappointed there’s no 3rd. Why cancel on a cliff hanger!!!!????

I love the show its unique and I want more of it. GETTING TIERED OF HULU NOT FINISHING IT SHOWS BRING A DECENT END.

Me too! So disappointing that’s why I cancel from time to time.

Shut Eye was one of the few things worth watching on Hulu. I had been wondering when it’s coming back, so I did a search and found this.

Killing a series without a resolution is lame and it shows a company without a clue.

Just binged both seasons of Shut Eye and, to my great disappointment, read that Hulu canceled season 3. I hate when that happens and feel very cheated. Boo to Hulu, you stink

Shuteye was the whole reason I signed up for Hulu. I stumbled across the show at a friends house and was hooked. As soon as I got home I signed up for Hulu and binge watched the 1st season. I told friends about it. They signed up for Hulu just to watch the show
I’m so disappointed right now! What idiot made made this decision to cancel? I am seriously considering canceling my Hulu subscription because of this! Bad move Hulu! Bad move!

I just binge watched Shut Eye on Hulu. Now I dislike Hulu ( bad reception, commercials) but I suffered through because the series was interesting and the actors really good. Then they just quit . The last episode left so many unanswered questions I could scream!!! Why would you do that!! I hate Hulu.

I just finished watching both seasons, and I am truly disappointed that there will be no season 3. This was an original story line, and the actors were really good. I may say Buh bye to Hulu.