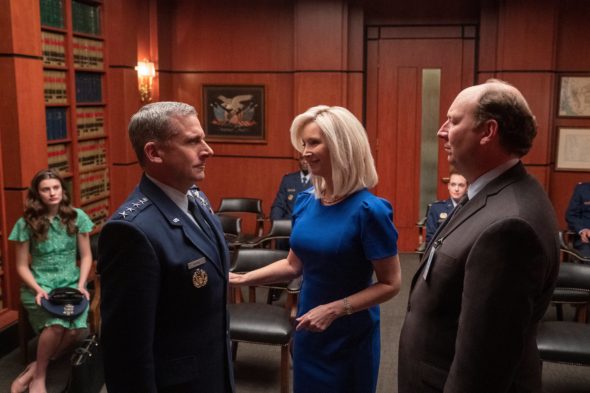 Space Force is returning for its second season next month and Netflix has released a trailer for the Steve Carell space comedy series. In season two, the crew will try to show their worth to the new man in charge.  John Malkovich, Ben Schwartz, Tawny Newsome, Diana Silvers, Jimmy O. Yang, and Don Lake also star.

Netflix revealed more about the seven-episode season in a press release.

“Season two of Space Force picks up with General Naird and his underdog team having to prove their worth to a new administration while dealing with interpersonal challenges. Will the group come together or fall apart under the pressure…? Space Force is only human after all.”

Check out the trailer for Space Force season two below. The season arrives on February 18th.

What do you think? Are you excited about the return of Space Force on Netflix?

So funny enjoy it and love it Steve Carell is best.