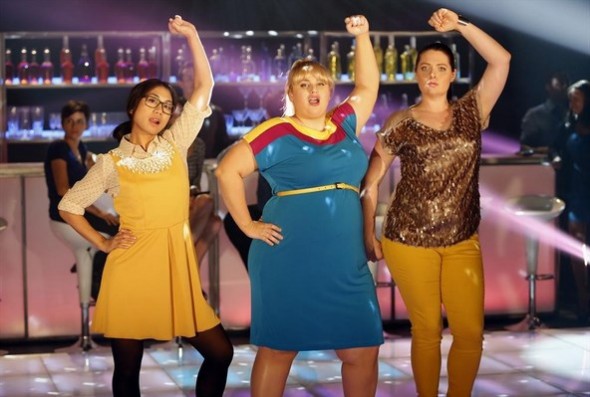 There are at least a few more nights out ahead for Kimmie Boubier (Rebel Wilson) and friends. ABC has ordered four more episodes of Super Fun Night.

The comedy follows Kimmie and her two roommates/best friends (Liza Lapira and Lauren Ash). They’ve always spent time with each other instead of venturing out into the dating world but that all changes when Kimmie meets a sexy lawyer (Kevin Bishop) at work.

The sitcom currently airs on Wednesday nights, leading out of Modern Family. Super Fun Night started out strong in the ratings but the numbers have fallen each week since the premiere.

Modern Family was a rerun this week so, as a result, Super Fun Night fell to a new low with a 1.7 demo rating and 5.17 million viewers.

Two of ABC’s other new sitcoms, Trophy Wife and The Goldbergs, earned full season orders while fellow Wednesday night comedy Back in the Game has been cancelled.

What do you think? Do you like Super Fun Night? Are you hoping that the show is renewed or should it be cancelled instead?

Huge Kevin Biship fan!!!! I’d like to think he’s similar if not just like his sweetheart of a character on Super Fun Night! He’s at the very least gorgeous, talented and funny!!