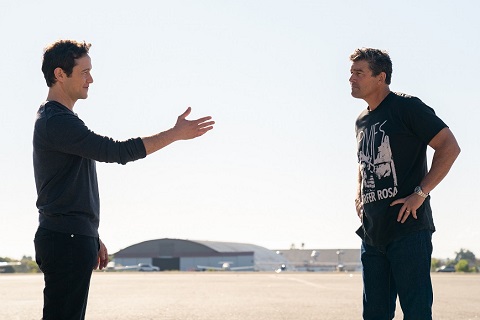 Super Pumped finally has its premiere date. The anthology series, which will take fans into the Uber company’s history, will arrive in February. Starring Joseph Gordon-Levitt, Kyle Chandler, and Uma Thurman, season one is based on Mike Isaac’s bestselling book, Super Pumped: The Battle for Uber.

SUPER PUMPED: THE BATTLE FOR UBER tells the story of one of Silicon Valley’s most successful and most destructive unicorns, Uber. The season pivots on Travis Kalanick (Gordon-Levitt), Uber’s hard-charging CEO who was ultimately ousted in a boardroom coup, and his sometimes tumultuous relationship with his mentor Bill Gurley (Chandler), the plainspoken, brilliant Texan venture capitalist who bets his sterling reputation on Uber’s success – and then has to live with the consequences. Thurman stars as Arianna Huffington, the savvy businesswoman and co-founder of The Huffington Post, who was an Uber board member. The SHOWTIME series will depict the roller-coaster ride of the upstart transportation company, embodying the highs and lows of Silicon Valley. Even amid the radical upheaval generated within the global tech capital, Uber stands out as both a marvel and a cautionary tale, featuring internal and external battles that ripple with unpredictable consequences. The series also stars Elisabeth Shue (Leaving Las Vegas), Kerry Bishé (Halt and Catch Fire, PENNY DREADFUL: CITY OF ANGELS), Jon Bass (Miracle Workers), Bridget Gao Hollitt (Home and Away) and Babak Tafti (Succession).

SUPER PUMPED: THE BATTLE FOR UBER is the first installment of the SUPER PUMPED anthology series in which each season will explore a story that rocked the business world to its core and changed culture. In addition to Koppelman, Levien and Schacter, Paul Schiff, Stephen Schiff and Allyce Ozarski also executive produce. Isaac co-executive produces the project. Allen Coulter (The Sopranos, RAY DONOVAN) directs and executive produces the first episode. The anthology series is produced by SHOWTIME and is part of Koppelman and Levien’s overall deal with the network.”

Check out an additional photo for the upcoming series below. 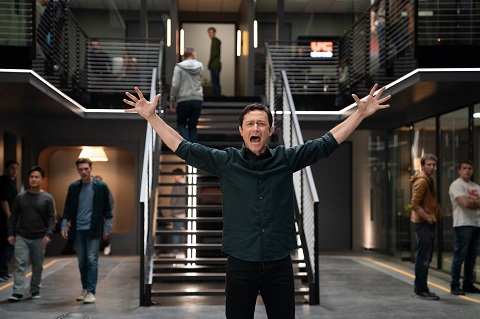 What do you think? Are you planning to watch the first season of Super Pumped when it arrives in February?