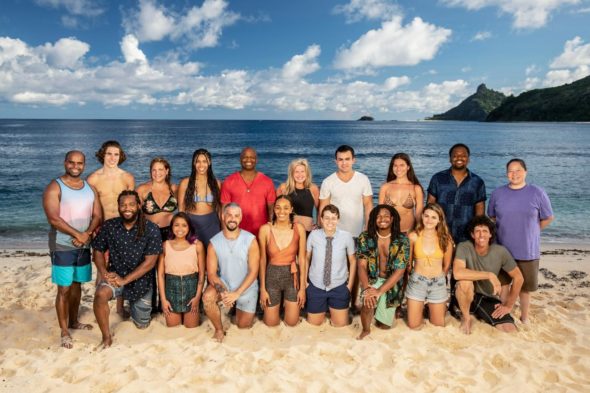 Survivor is finally returning with season 41 after a long pandemic delay. The names of the 18 contestants and more have now been revealed about the upcoming season.  CBS viewers will be able to interact with host Jeff Probst during the episodes.

CBS revealed more about the upcoming season in a press release.

“CBS announced today the 18 new castaways who will compete against each other on SURVIVOR when the Emmy Award-winning series returns for its 41st season with a two-hour premiere, Wednesday, Sept. 22 (8:00-10:00 PM, ET/PT) on the CBS Television Network. The series is also available to stream live and on demand on the CBS app and Paramount+.

As TV’s preeminent reality series for 20 years, SURVIVOR 41 begins a bold new era this fall with the introduction of exciting fresh elements to the competition, which promise to intensify the battle for $1 million and the title of Sole Survivor. As the thrilling competition begins on the beautiful islands of Fiji, 18 determined castaways will be divided into three tribes of six to face a faster, more intense and more dangerous season than ever before. The unpredictable, accelerated pace will test even the strongest super-fan, as supplies are minimal, reward challenges are scarce, and players find themselves faced with advantages that could significantly help their game or, just as easily, extinguish their torch.

“I cannot remember a time when I’ve been this excited to launch a new season of SURVIVOR,” said executive producer and host Jeff Probst. “SURVIVOR 41 features a really likable group of savvy SURVIVOR players, and they are in for the most intense, most difficult and most dangerous season we’ve ever done. We know we have the most loyal fans of any show on television, and we are pumped to bring them a new, exciting season of SURVIVOR!”

For the first time, host Jeff Probst will also take viewers inside the action, addressing the audience directly throughout the season, even letting fans in on some twists before the players are made aware. In addition, junior fans can test their own SURVIVOR skills by playing the new “Game within the Game.” Each week, they’ll have to spot a hidden rebus puzzle within the episode and then solve it.

The individuals competing on season 41 are from diverse backgrounds with the same ultimate goal: to outwit, outplay and outlast, and in the end only one will remain to claim the title of Sole Survivor. The show is hosted by Emmy Award winner Jeff Probst.

The following are the 18 new castaways competing this fall.

Check out a preview for the upcoming season of Survivor below.

What do you think? Are you excited about the return of Survivor to CBS this fall?

This is the best news ever. Thank you, thank you! I am almost 80 years old. I have watched every season…even the disgusting things people had to eat in the early episodes. But, I AM a survivor-aholic. I know I could never physically compete with any other contestants, however, mentally…I AM in the game. Good luck and a safe season 41. I love you all.

I decided season 40 was my final season after watching the superior Australian version which reminds me why the US version used to be good, but isn’t (for me) anymore.

One of the few “must-see” shows on Network TV.

Good God, when will this junk end? This show has been proven by many different outlets to be fake and scripted. Why do people still buy into this sham.