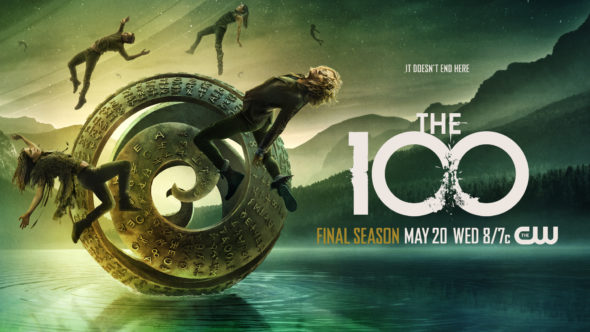 We don’t have to worry about The 100 being cancelled this time around. It was announced in 2019 that the CW show is ending and won’t have an eighth season. Will the ratings improve in season seven and possibly spur a surprise renewal/revival or even help inspire a spin-off order? Stay tuned.

A sci-fi drama on The CW television network, The 100 stars Eliza Taylor, Bob Morley, Marie Avgeropuolos, Lindsey Morgan, Richard Harmon, Tasya Teles, Shannon Kook, JR Bourne, Shelby Flannery, and Chuku Modu. The dystopian series centers on a post-apocalyptic group of survivors, who believe their people are all that is left of mankind. They wake from 125 years in cryosleep to discover they have been brought to a habitable place named Sanctum. It’s ruled by families called the Primes but there are also rebels known as the Children of Gabriel. Season seven picks up with the inhabitants trying to find a way to live together.

What do you think? Do you like The 100 TV series on The CW? Should it be renewed for an eighth season?

A fenomenal final season and an amazing Series Finale. Truly the best CW show. I hope the prequel happens because Jason Rothenberg is a great storyteller. May we meet again, The 100!

We need the kids from the 100 to destroy the regimes in our world and probably future galaxy worlds.

They can kill anyone easily with knife, gun, teeth, blade….and no one wants to get avenge or punish them.

They easily kill and can wipe out a whole army of future too easily, it is ok everyone die just madddddddiiiiiii, madi
The character of Hope is super bad and funny. Honestly the cast should laugh at their roles in this season.

Honestly who wrote season 7 script so badly?! It is a funny world now.

I’m disappointed with this season. I don’t like the story line and what they’ve done to some of the characters like Clarke and Bellamy. Last season was a little back and forth for me too, I liked parts and disliked others. The show just isn’t the same anymore when compared to seasons 1-5.

Yes as I said before down, It is Clark the galaxy savior now. They have killed many future people easily. Stupid scripts ruined this. I hope she die at the end of season. She only cares for her non-child and keep nagging my child but it is ok to kill anyone else, my child maggieeeee. Another stupid script is the future people needs desperately Clark and her team to help them to defeat the super Alien enemy. (Probably Clark the galaxy savior can defeat any Alien) The future people with high tech equipment are stupidly weak against past people, so… Read more »

The last season is the stupidest ever, looks like the highest tech/army/alien/future-people are the weakest among their previous races, so ridiculous.
So we (audiences as present people of earth and galaxy) better stay in our seats and never thought of ridiculous future upon us. This is the first time I am seeing a clumsy future with high-tech life in any show by far, somehow it reminds of comedy shows.

Season 7 I think it’s gone down hill.up until this season it was great .
May be because it new it would end in season 7 it’s lost its way shame

The ratings are still the most beautiful thing about this show, I see…

Live ratings for all CW shows are low so… they don’t care for these numbers, since the Netflix deal keeps paying for new episodes.

with you all the way there Debbie