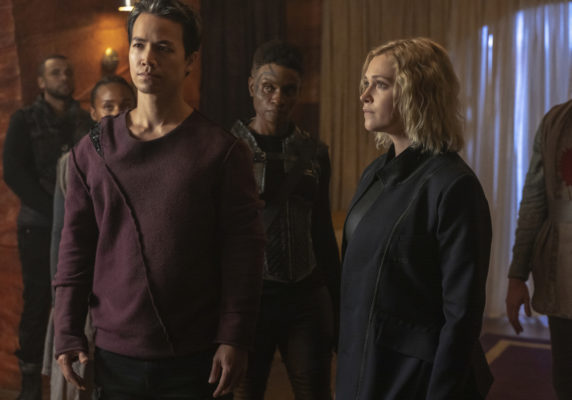 Airing on The CW television network, The 100 stars Eliza Taylor, Bob Morley, Marie Avgeropuolos, Lindsey Morgan, Richard Harmon, Tasya Teles, Shannon Kook, JR Bourne, Shelby Flannery, and Chuku Modu. The dystopian series centers on a post-apocalyptic group of survivors, who believe their people are all that is left of mankind. They wake from 125 years in cryosleep to discover they have been brought to a habitable place named Sanctum. It’s ruled by families called the Primes but there are also rebels known as the Children of Gabriel. Season seven picks up with the inhabitants trying to find a way to live together.

We don’t have to wonder if The CW cancel or renew The 100 for season eight. The network already announced that season seven is the end. Could it be revived in some way? Will there be a spin-off? I’ll update this page with breaking developments. Subscribe for free alerts on The 100 cancellation or renewal news.

What do you think? Are you sorry that there won’t be an eighth season of The 100 TV show? Would you watch a prequel or spin-off?

I agree totally. The networks are canceling really good shows and replacing them with crappy “reality” shows and “comedy” series that are undeniably NOT funny. Please keep this show on for as along as possible.