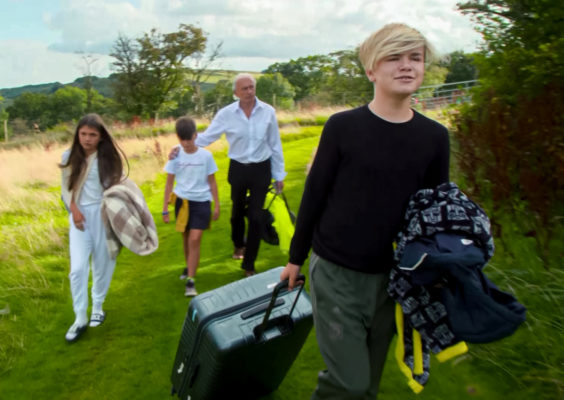 Do the ratings on this reality series make the network execs blush? Has the Being Reuben TV show been cancelled or renewed for a second season on The CW? The television vulture is watching all the latest cancellation and renewal news, so this page is the place to track the status of Being Reuben, season two. Bookmark it, or subscribe for the latest updates. Remember, the television vulture is watching your shows. Are you?

Airing on The CW television network in the United States, Being Rueben follows a 14-year-old boy who loves makeup and is chasing his dream of becoming a make-up superstar. While juggling social media stardom with real-life squabbling siblings, Reuben de Maid became an internet sensation after shooting to fame following an appearance on NBC’s Little Big Shots. The Welsh teenager is a singer, influencer and make-up expert, and now has a high-profile career. In this UK docu-series, viewers follow Reuben as he grows into his glamorous new life, while still grounded in his reality at home in Wales with siblings Coco and Sonny, and his mother Vicky. The show spotlights a loving family that’s given their special teen the strength to stand out.

The first season of Being Reuben averaged a 0.03 rating in the 18-49 demographic and 219,000 viewers. Find out how Being Reuben stacks up against other The CW TV shows.

Will The CW cancel or renew Being Reuben for season two? The UK series is likely relatively inexpensive to produce and The CW network only licenses it so it likely doesn’t cost them much to air. Still, the ratings are very small. If it’s picked up for another season in the UK, I doubt that The CW will air it. I’ll update this page with breaking developments. Subscribe for free alerts on Being Reuben cancellation or renewal news.

What do you think? Do you hope the Being Reuben TV show will be renewed for a second season? How would you feel if this TV series was cancelled, instead?

I will be shocked and surprised if CW decides to renewal this show for the second season.

Send this ridiculous waste of time back to the UK & put on something ANY OF US with good taste would be willing to watch.