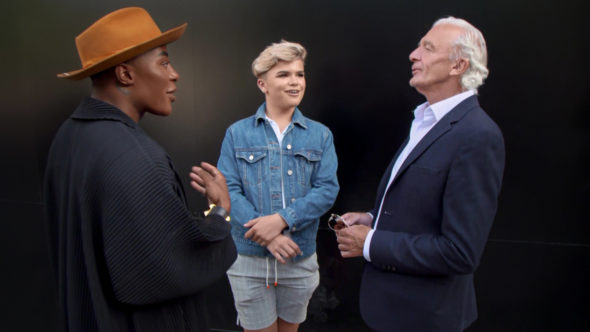 Does the first season of the Being Reuben TV show on The CW need some polish? As we all know, the Nielsen ratings typically play a big role in determining whether a TV show like Being Reuben is cancelled or renewed for season two. Unfortunately, most of us do not live in Nielsen households. Because many viewers feel frustration when their viewing habits and opinions aren’t considered, we invite you to rate all of the first season episodes of Being Reuben here.

A reality TV series on The CW, Being Reuben follows a 14-year-old boy who loves makeup and is chasing his dream of becoming a make-up superstar. While juggling social media stardom with real-life squabbling siblings, Reuben de Maid became an internet sensation after shooting to fame following an appearance on NBC’s Little Big Shots. The Welsh teenager is a singer, influencer and make-up expert, and now has a high-profile career. In this docu-series, viewers follow Reuben as he grows into his glamorous new life, while still grounded in his reality at home in Wales with siblings Coco and Sonny, and his mother Vicky. The show spotlights a loving family that’s given their special teen the strength to stand out.

What do you think? Which season one episodes of the Being Reuben TV series do you rate as wonderful, terrible, or somewhere between? Do you think that Being Reuben should be cancelled or renewed for a second season on The CW? Don’t forget to vote, and share your thoughts, below.

Heroic is what Reuben is to be so young and knows what he wants. Loved this show and please make more ! Thank you Reuben!

NEVER HEARD OF IT! Oh, wait, it’s on the CW? No wonder I never heard of it. I never watch any of the train wrecks on this station. Can’t imagine why they’d think any of their programs are worth anyones valuable time.