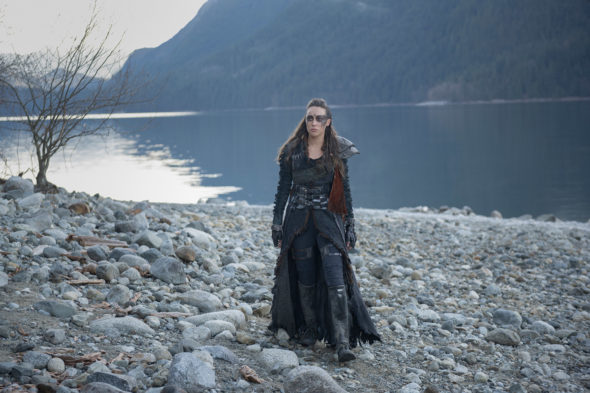 Is that it for The 100? Creator Jason Rothenberg recently spoke with Deadline about the possibility of a prequel for the The CW TV show.

The sci-fi drama, which just aired its series finale, centers on a post-apocalyptic group of survivors, who believe their people are all that is left of mankind. They wake from 125 years in cryosleep to discover they have been brought to a habitable place named Sanctum. The cast includes Eliza Taylor, Bob Morley, Marie Avgeropuolos, Lindsey Morgan, Richard Harmon, Tasya Teles, Shannon Kook, JR Bourne, Shelby Flannery, and Chuku Modu.

In the interview, Rothenberg revealed there are ongoing discussions to make a prequel to The 100:

I wish I had good answers for you. What I can say is in terms of whether or not it’s going to happen is that there are discussions that are still happening at the highest level. You know, I think probably I’d be talking out of turn if I mentioned where those conversations were happening, unfortunately, but there is a chance, a good chance, I guess, that it could come back. I wish I had news this week, it would be great to announce it this week, I don’t think that’s going to happen.”

So what would the prequel be about? Rothenberg told Deadline it would focus on Callie and her brother, Reese:

I don’t think we’ll see the characters from the original show. I mean, again, I would say never just because you don’t know what’s going to happen if you are lucky enough to run for a while. Eventually, you do tell a story. I do know that one of the things I want to do is get it back up to space because concurrent with the timeline of the prequel, what’s happening in space is all the space stations, that were separate at the time of the nuclear holocaust, are coming together to form the ark.”

What do you think? Are you a fan of The 100? Would you watch a prequel series?

“Anaconda” was the only worthy episode of this last season. I hope it will lead to the prequel

Yes please!!! Go CW and pick up the prequel!

The continuation of 100 would be freaking awesome. I’m so addicted to this series and would love to see a sequel.

WOW THAT WOULD BE SO VERY AWESOME PLEASE BRING IT BACK FOR I KNOW LOTS OF FOLKS THAT WATCH IT SO PLEASE BRING THE 100 BACK HOPING !!!!!!!!!!!!

I can’t wait to see the first episode when it finally debuts on Channel 11.