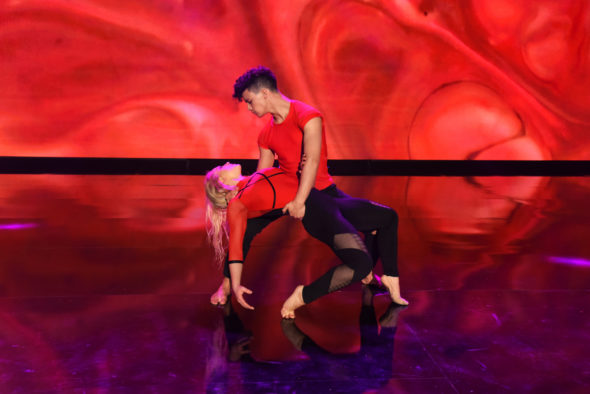 Is the first season of The Big Stage TV show on The CW big fun? As we all know, the Nielsen ratings typically play a big role in determining whether a TV show like The Big Stage is cancelled or renewed for season two. Unfortunately, most of us do not live in Nielsen households. Because many viewers feel frustration when their viewing habits and opinions aren’t considered, we’d like to offer you the chance to rate all of The Big Stage season two episodes here.

A CW non-competitive talent show from executive producers David McKenzie and David Martin, The Big Stage is hosted by Elizabeth Stanton and James Maslow. The series shines a spotlight on 44 diverse, experienced performers, including singers, jugglers, ventriloquists, quick-change artists, stand up comics, acrobats, aerial dancers, animal acts and more, as they show what they’ve got to both a live studio audience and home viewers.

What do you think? Which season one episodes of The Big Stage TV series do you rate as wonderful, terrible, or somewhere between? Should The CW cancel or renew The Big Stage for a second season? Don’t forget to vote, and share your thoughts, below.

I personally love the show and watch it when it comes on Friday. But I think you need better familiar Host and it will change the dynamic of the flow and give a different energy

I love that theres no competition or winners/losers. It allows us to fully appreciate talented people doing amazing things without the pressure of beating each other. It reminds me of the Ed Sullivan show, where talented performers are showcased instead of opponents. Great hosts and great acts! Keep it going, we need more displays of talent to keep our eyes glued to the screen!