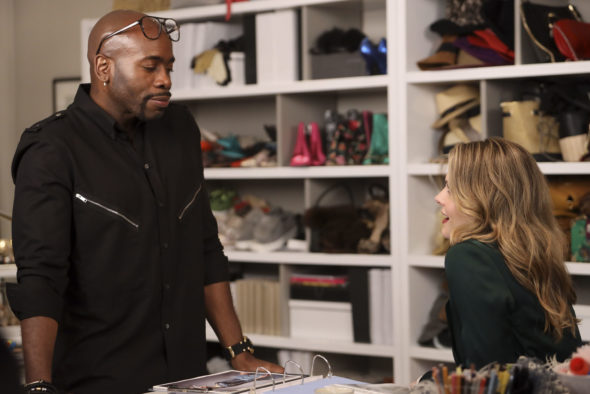 What’s ahead for the ladies in the fourth season of The Bold Type TV show on Freeform? As we all know, the Nielsen ratings typically play a big role in determining whether a TV show like The Bold Type is cancelled or renewed for season five. Unfortunately, most of us do not live in Nielsen households. Because many viewers feel frustration when their viewing habits and opinions aren’t considered, we invite you to rate all of the fourth season episodes of The Bold Type here.  *Status Update Below.

A Freeform comedy-drama series, The Bold Type stars Katie Stevens, Aisha Dee, Meghann Fahy, Sam Page, Matt Ward, Melora Hardin, and Stephen Conrad Moore. The show reveals a glimpse into the outrageous lives and loves of those responsible for Scarlet, the global women’s magazine. The rising generation of Scarlet women leans on one another as they find their own voices in a sea of intimidating leaders. Together they explore sexuality, identity, love, and fashion.

What do you think? Which season four episodes of The Bold Type TV series do you rate as wonderful, terrible, or somewhere between? Do you think that The Bold Type should be cancelled or renewed for a fifth season on Freeform? Don’t forget to vote, and share your thoughts, below.

*1/28/21 update: The Bold Type has been renewed for a fifth and final season on Freeform.

I absolutely vote renew for Season 5. This show is undoubtedly my favorite, perhaps of all time. It has substance, drama, style, modern day culture, and life lessons all wrapped up into one. Now I understand why shows like Sex in the City or Friends never quite held my attention. It was this show that I was waiting for. I give it a 10 out of 10.

Please renew for Season 5 and beyond! This show has been a wonderful distraction during Covid. It reminds me of 10 years ago, when I was getting my start in NYC. I was in the advertising industry, not fashion, but can draw lots of parallels.

I can’t wait for Season 5 and really hope the show gets renewed! I love seeing a show with successful women who support and uplift each other. I also love the male characters and think the show does an incredible job at portraying healthy men.

I love the bold type and the power of women. It shows how women can be successful in business and force to be reckon with. We need more shows like this for teens.

I have enjoyed The Bold Type since beginning. The actors fill their roles so realistically.. Please keep the party going!