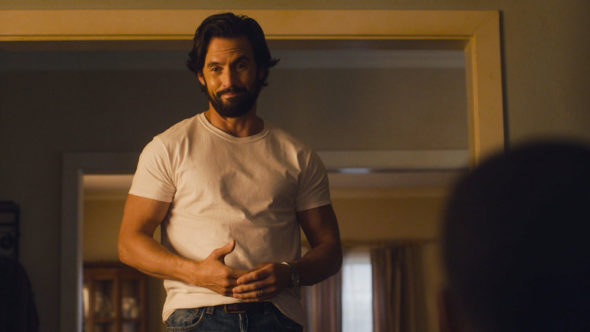 Time to get ready for a small Gilmore Girls reunion. Milo Ventimiglia (This Is Us) is joining The Marvelous Mrs. Maisel for a guest-starring role. Amy Sherman-Palladino created the Amazon dramedy and also created Gilmore Girls.

No details were released about Ventimiglia’s role on the Amazon series. Rachel Brosnahan, Tony Shalhoub, Alex Borstein, Marin Hinkle, Michael Zegen, Kevin Pollak, and Caroline Aaron star in the series which follows the life of a comedienne during the 1950s.

Season three saw “Midge (Brosnahan) and Susie (Borstein) discovered that life on tour with Shy (Leroy McClain) was glamorous but humbling, and they learned a lesson about show business they’ll never forget,” per Deadline.

A premiere date for season four of The Marvelous Mrs. Maisel, which had been delayed by the pandemic, has not yet been set.  Season three was released in late 2019.

What do you think? Are you a fan of The Marvelous Mrs. Maisel on Amazon? Do you plan to watch season four?

It’s the best show on TV. I can’t wait for Mrs. Maisel to come back. Very excited about Milo joining the cast too!

So glad to see another season coming. Very entertaining show

Looking forward to the new season. Can’t be here soon enough and Milo will be a terrific addition to the cast.

Look forward new season please quickly as you can so funny love this show so good never missed any episodes of it. Enjoy it and love it.