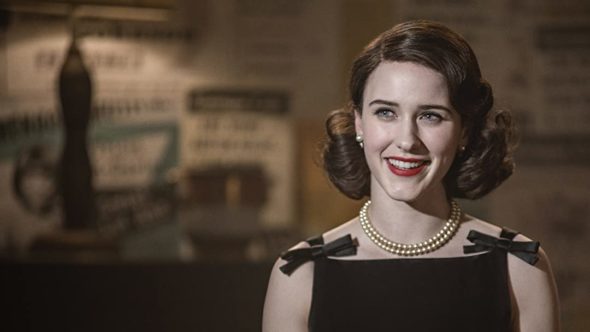 The Marvelous Mrs. Maisel has added a new man to its cast. John Waters has joined the Amazon comedy-drama, per Variety. Rachel Brosnahan, Michael Zegen, Alex Borstein, Tony Shalhoub, Marin Hinkle, Caroline Aaron, and Jane Lynch star in the series which follows the life of Miriam Maisel (Brosnahan, above) as she tries to make it as a female comedian in the late 1950s and early 1960s.

No details about the role Waters will play in The Marvelous Mrs. Maisel have been revealed. He will guest star in the fourth season, which resumed production in January. Waters is best known for his work as a director and writer of films like Cry-Baby and 1988’s Hairspray.

A premiere date for the fourth season of the Prime Video series was not revealed.

What do you think? Are you a fan of The Marvelous Mrs. Maisel on Amazon? Do you plan to watch season four?

Love Ryan Eggold. Have seen him on The Blacklist mainly. Will follow him on this TV series as well.

Great show, actors and writing. Looking forward to season 4 and hopefully many more seasons to come.

Wait until December such long time now so funny love this show enjoy it.

This is such an outstanding, unique and fascinating comedy. Congrats

I absolutely loved this series and binge watched night after night !!!!
Loved all the characters and adored the costumes and sets !