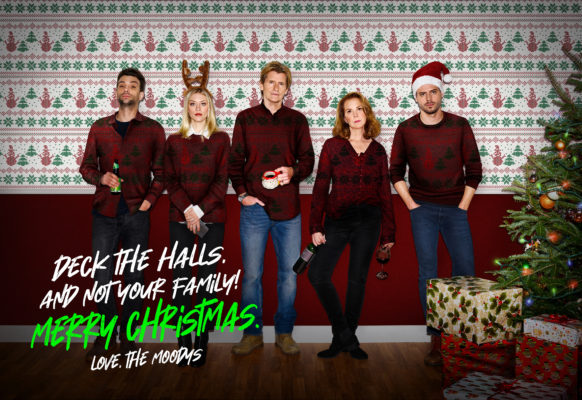 TV show description:
A single-camera comedy series, The Moodys is based on an Australian TV show.

This series revolves around the Moody family of five. They are a tight-knit, though a somewhat dysfunctional, group that gathers in their hometown of Chicago for the “perfect” holiday. Each Moody has his/her own eccentricities and is also hiding secrets from the other members of the family.

Sean Moody Sr. (Leary) and his wife, Ann (Perkins), are parents of three grown children. Freshly single, Dan (Arnaud) is the youngest of the siblings and the “creative one”. Sister Bridget (Frei) is married and the “overachiever” of the clan. Meanwhile, Sean Jr. (Baruchel), is the eldest sibling and the “screw-up” who still lives at home with his parents.

What do you think? Do you like The Moodys TV show? Do you think it should have been cancelled or renewed for a third season?

I just discovered this show and telling people to watch it. It is so funny. Give this show a little time for people to know the family. This is brilliantly written. Love it.