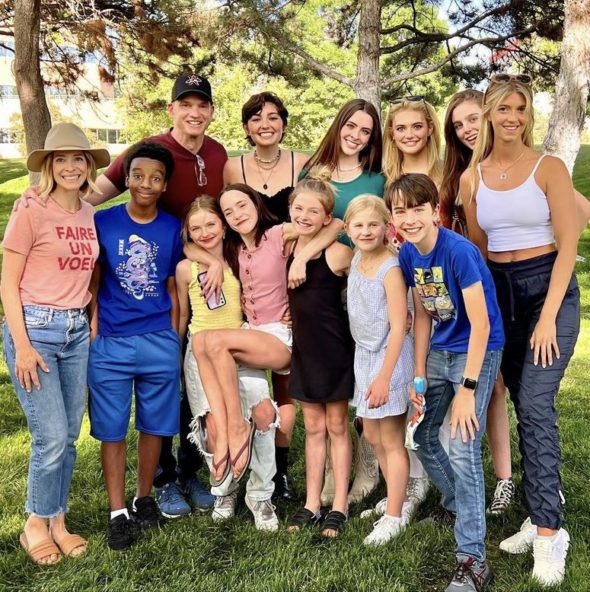 Nickelodeon revealed more about the upcoming series in a press release.

Nickelodeon today revealed the trailer for its brand-new original live-action comedy series, The Really Loud House, based on the Emmy Award-winning animated show The Loud House. Premiering on Thursday, Nov. 3, at 7 p.m. (ET/PT) on Nickelodeon, the half-hour series (20 episodes) follows 12-year-old Lincoln Loud (Wolfgang Schaeffer) as he goes on new adventures in the town of Royal Woods with his best friend Clyde McBride (Jahzir Bruno), while also navigating the chaos of living in a family with ten sisters.

In the premiere episode, “The Macho Man with the Plan,” Lincoln is excited to stay up late with his best friend Clyde to watch the RIP Hardcore Midnight Marathon, but his plans are ruined when his dad institutes an early curfew. They come up with the idea to use the Loud sisters to get Dad out of the house to celebrate his half-birthday, but just as they think their plan worked, Lisa’s robot Todd malfunctions and Lincoln must decide what being a good man is really about.

When A Loud House Christmas, the live-action movie, premiered on Friday, Nov. 26, 2021, it became the top kids’ entertainment telecast with kids 6-11 across all TV for the year, drawing 3.1 million total viewers over the holiday weekend. A Loud House Christmas is currently streaming here on Paramount+.

The Really Loud House is executive produced by Tim Hobert (The Middle, Scrubs, Community), Jonathan Judge (A Loud House Christmas, Warped!, Life In Pieces) and Michael Rubiner (The Loud House). Hobert also serves as showrunner and the pilot is directed by Judge. Production of the series for Nickelodeon Studios is overseen by Shauna Phelan and Zack Olin, Co-Heads of Nickelodeon & Awesomeness Live-Action. Brittany Cope serves as Nickelodeon’s Executive in Charge of Production for the series.

The Loud House animated series debuted on Nickelodeon in May 2016 and centers on 12-year-old Lincoln Loud and his 10 sisters as he gives an inside look at what it takes to survive the chaos of a huge family. Greenlit for a seventh season, it is one of the longest-running animated series on Nickelodeon with 176 episodes. The property has also been translated into: a comic book series, which continues to roll out new stories; chapter books; a digital album; and a podcast, Listen Out Loud. The series is executive produced by Michael Rubiner. Kyle Marshall serves as co-executive producer and Ashley Kliment-Baker and Gabrielle Dolbey are art directors.

Check out the trailer for The Really Loud House below.

What do you think? Are you excited to see The Really Loud House on Nickelodeon this November? Have you watched the animated series?