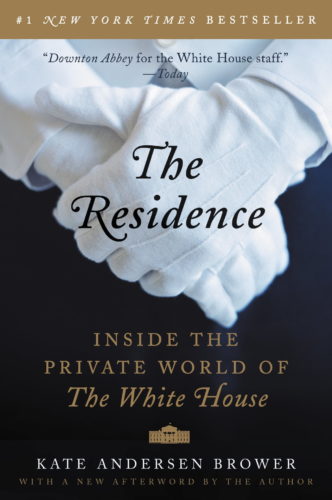 The Residence is headed to Shondaland. Netflix has ordered the new murder-mystery series which will take viewers into the private residence of the White House. Eight episodes have been ordered for the series which is based on the Kate Andersen Brower book.

Netflix revealed the following about the new series:

“Netflix today announced a series order for Shondaland’s The Residence, a thrilling murder-mystery drama from Showrunner/Executive Producer Paul William Davies and Executive Producers Shonda Rhimes and Betsy Beers as part of their overall deal with Netflix.

Using Kate Andersen Brower’s book The Residence: Inside the Private World of the White House as a jumping off point, Paul William Davies has created an all new story that brings to life a murder-mystery unlike any other.

Logline: 132 rooms. 157 suspects. One dead body. One wildly eccentric detective. One disastrous State Dinner. The Residence is a screwball whodunnit set in the upstairs, downstairs, and backstairs of the White House, among the eclectic staff of the world’s most famous mansion.”

A premiere date and casting will be announced for The Residence at a later time.

What do you think? Do you plan to check out The Residence on Netflix?

And will Olivia Pope return to solve the mystery??