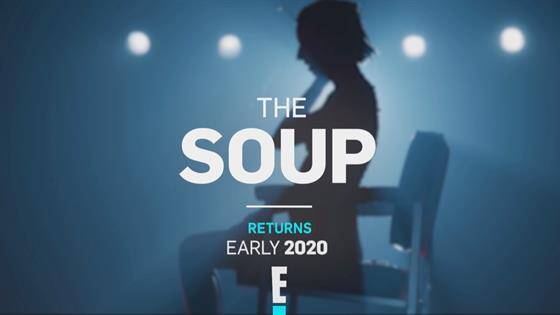 The Soup is coming back to E! The return of the series was revealed during the broadcast of the People’s Choice Awards. The series ended its run on television four years ago. The series will have a new host when it returns. Jade Catta-Preta is taking over the show on-screen.

Rod Aissa, EVP, Production and Development, Oxygen & Production, E!, said the following about the return of the series, per Deadline:

“We’re excited to bring this beloved franchise back to the network, with a new take on an old favorite. Jade’s quick wit and keen observations will provide a much-needed voice in today’s pop culture landscape delivered in a way that only The Soup can.”

An exact premiere date for the return of the series has not been announced.

What do you think? Were you a fan of The Soup? Will you watch the series when it returns?

Hope they get new writers, because the last several seasons of it were lame. It focused too much on the same shows episode after episode. Wasn’t a fan of McHale needs someone like Daniel Tosh for it to be better.