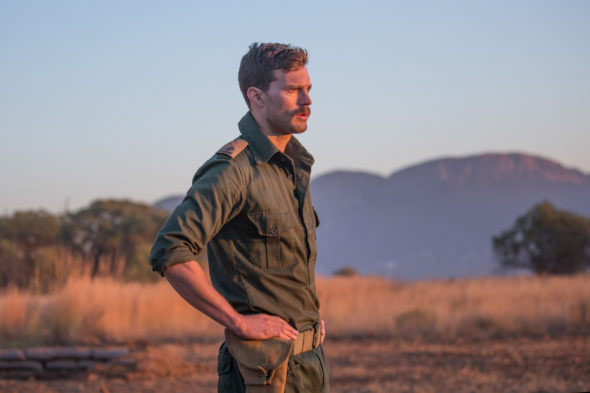 The Tourist has its star. Jamie Dornan (above) has been cast in the thriller series headed to HBO Max. Danielle Macdonald, Shalom Brune-Franklin, and Hugo Weaving will star alongside the actor in the new drama series set in Australia. Per Variety, production will start on the series soon, but a premiere date for The Tourist is not currently set.

The following was revealed about the plot of the upcoming HBO Max series:

“Dornan stars as a British man who finds himself in the glowing red heart of the Australian outback being pursued by a vast tank truck trying to drive him off the road. An epic cat and mouse chase unfolds and the man later wakes in hospital, hurt, but somehow alive. Except he has no idea who he is. With merciless figures from his past pursuing him, The Man’s search for answers propels him through the vast and unforgiving outback.”

Harry and Jack Williams are behind the six-episode series, and they said the following about the casting:

“We’re hugely excited about this show. It’s tonally breaking new ground for us and having Jamie Dornan on board is the icing on the Australian cake. Thrilled to be working with Chris Sweeney again as well as the BBC, HBO Max and Stan.”

What do you think? Are you adding The Tourist TV show to your must watch list?

The plot of this movie sounds a lot like a 1971 TV movie I saw called “Duel” starring Dennis Weaver and directed by a new director at that time by the name of Steven Spielberg.