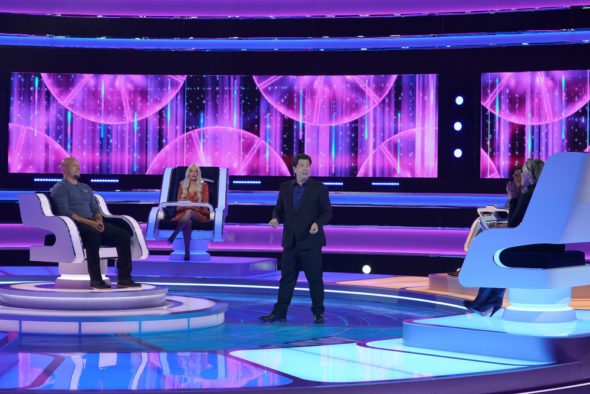 TV show description:
A trivia game show that’s based on a UK format, The Wheel TV series was created by British comedian and host Michael McIntyre.

In the game, a 42-foot-wide spinning wheel of celebrity guests helps everyday contestants as they try to win a lot of cash. As the contestants vie for the chance to win over $100,000, the celebrities lend their expertise and support in various humorous and unexpected categories of trivia, ranging from candy and comedians to poker and politics.

The game provides three contestants an opportunity to battle it out through general knowledge questions where the objective is to keep their spot at the center of the wheel. The contestants themselves are randomly picked from a smaller wheel underneath the center stage. Correct answers keep you there, wrong answers throw you out. Only the contestant at the center of the wheel at the end of the game has a chance to take home a life-changing sum of money, so they must do their best to stay there.

The contestants are not on their own, however. Celebrity experts are on the wheel, ready to help answer the questions. With a mixture of real people, larger-than-life celebrity experts, and a massive rotating wheel under the host’s command, there are plenty of surprises.

What do you think? Do you like the The Wheel TV show? Do you think it should be cancelled or renewed for another season?