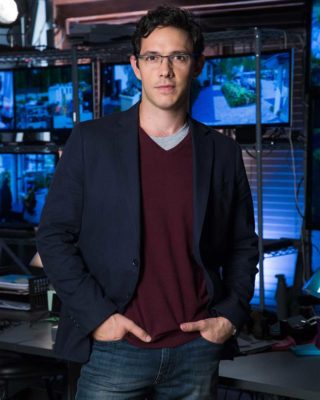 Michael Rady is coming to NBC. TVLine reports the UnREAL star will recur on season two of Timeless.

The time travel drama follows the unlikely  team of a history professor (Abigail Spencer), a soldier (Matt Lanter), and a scientist (Malcolm Barrett) as they embark on the adventure of a lifetime to stop a mysterious villain. The cast also includes Goran Visnjic, Paterson Joseph, Sakina Jaffrey and Claudia Doumit.

On Timeless, Rady will be playing “Nicholas Keynes, an American soldier in World War I.” NBC has not yet announced a premiere date for season two, but it is likely to debut in spring or summer 2018.

Check out Rady on set below:

What do you think? Are you a fan of Timeless? Will you watch season two?

I love this show. I was upset when I heard they were cancelling it. I’m glad they changed their minds & am looking forward to season two.

Great to have him on board!