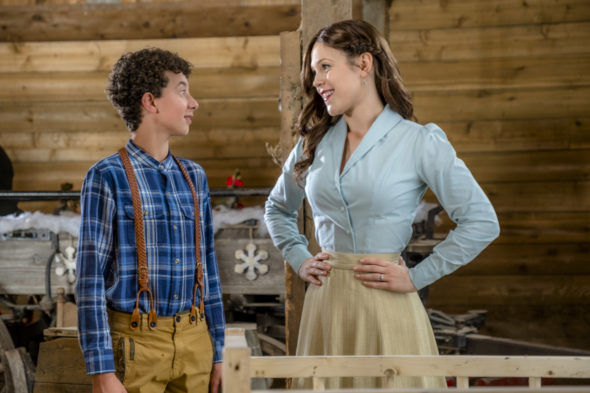 Yes I love this show , Jack needs to live !

The show is great and I look forward to viewing it every week . Wish there were more episodes, more Jack and a shorter hiatus!

I love this show. Please don’t cancel show and please make it be a mistake that Jack died. It would be a shame. We want to see their family grow.

I would hate to see this show cancelled….It’s a “Little House on the Prairie” type of show & should be able to have many more seasons. One of the few shows I never .

Please keep When Calls the Heart shows going. It is a great series, and all of the characters seem like they have a great time together. The only sad part is that there seems to be more time for advertisements than for the show itself. Please keep this show, as it is one of the best family movies on TV.

This truly has been such an amazing show! I don’t see myself watching season 6 if Jack is permanently gone from the show. Elizabeth and Jack are one of the main reasons people like the series so much. Too bad!

After watching the series kill Jack off, I won’t be watching season 6. He and Elizabeth’s characters are what made the show. Disappointed fan.

I really look forward to this show. I watch Hallmark because its usually an uplifting show with a nice message but if they kill Jack off I’m done.

Good clean family show, hoping it returns for season 6. Not much decent on tv this is one of the few shows worth watching. Enjoy hallmark showes.

I would be very sorry if When Calls the Heart is cancelled. I enjoy the show very much. The characters, sets, costumes, are wonderful. The cast is amazing and each one does a very professional job, from the young children right on up to the veterans. Please renew this warm, special show for another season!

Please keep When Calls the Heart on the air. I enjoy watching wholesome programs. It is getting harder to find good clean programs..and this program is tops in my opinion!

When Calls the Heart is one of the best shows on TV . We would be heart broken if it ended! Can’t wait for Season 6!!!!

When Calls the Heart: Keep it going……….Great Actors and story line is always great. So hard to fine great, clean movies and Hallmark is a winner. Also, enjoy the actors in other Hallmark movies as well (Erin, Lori, Jack and DANIEL).