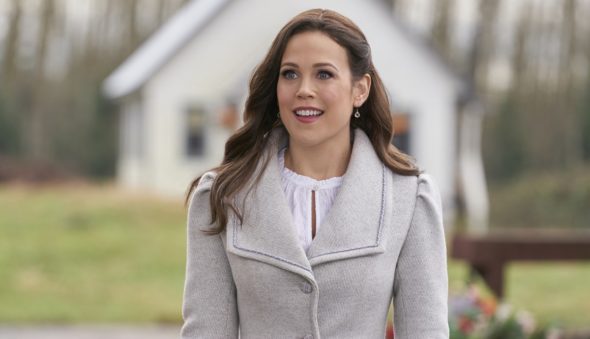 The citizens of Hope Valley will return for the 2021-22 television season. Hallmark Channel has renewed the When Calls the Heart TV show for a ninth year.

The eighth season of When Calls the Heart averages a 0.19 rating in the 18-49 demographic and 2.38 million viewers in the live+same day ratings. Compared to season seven, that’s down by 19% in the demo and down by 1% in viewership.

The eighth season finale aired tonight and Krakow announced the renewal once it had finished airing.

What do you think? Are you a fan of the When Calls the Heart TV show? Are you planning to watch the ninth season on Hallmark?

Yes. I am a huge fan and I can’t wait to see what happens between Elizabeth and Lucas.

I am not planning to watch season nine I hated the

No, I will never watch the show again. Season 8 was, for the most part, a teaser. The series is nothing like the book series. For true “When Calls the Heart” fans read the book series.

I have been watching this show from the beginning. I have always loved it. I am truly disappointed in this entire season and not to sure I will be watching anymore Seasons. Elizabeth (Erin Krakow) has changed so much I don’t even like her anymore. It’s all about her all the time. As for the rest of the cast…I do like them. Good Luck on Season 9…I think you’re going to need it.

Love the show. Have watched all 8 seasons. I am very pleased she picked Lucas. I am surprised people don’t realize that choosing Lucas keeps the show fresh and interesting. Nathan would have been a continuing story of Elizabeth and a Mounty. Jack was wonderful but time marches on.

Love WCTH. Will definitely be watching season 9. Wish it was a weekly show.

Love the show but so disappointed she choose Lucas, her & Nathan were better tog. I think their is something not right with .Lucas. Hope she changes her mind next season. To me the show is her & the Monty like Jack.

Yes I will definitely watch. I always look forward to every week when it came on. I’m so excited it will return!

Yes, will definitely watch Season 9 of When Calls the Heart. I loved all of the books years ago, seems like a lifetime ago & am excited to find how each story line is continuing!!!

I’m loving how things are developing for our fav teacher and the town;I see some surprises on the horizon looking forward to next season to find out:)

I am so glad there will be a season nine. I try to watch live, but life gets in the way so I record it and watch when convenient

Yes. I will be watching. Even though she chose Lucas over Nathan. I was team Nathan. Could you also bring back Hope Valley PLEASE!!!!

I will watch season 9. So many great characters and story lines yet to be developed. Nathan needs to find the perfect woman for him. I was team Nathan but now glad to look forward to what the future will bring for him. In a Christmas show Elizabeth and Lucas said they liked living in a small town but also enjoyed “going out”. They both came from wealth, privilege, and travel so I now see how they were better suited for each other. Nathan needs a sweet, caring woman with a sense of humor like he has, who only has… Read more »

So glad Elizabeth chose Lucas for her mate. I think she would always be comparing her late husband to the new bounty.