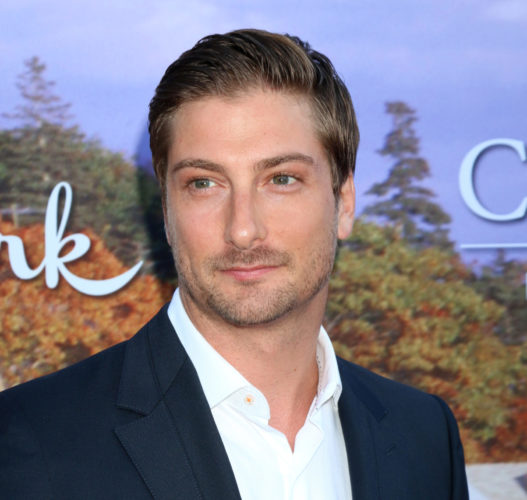 It looks like another familiar face is coming to Brookfield for the holidays. Actor Daniel Lissing, best known for playing Mountie Jack Thornton in When Calls the Heart, has joined the two-hour premiere of season two of When Hope Calls. When Hope Calls: A Country Christmas will debut on Saturday, December 18th, on GAC Family.

Last week, it was announced that When Hope Calls had been renewed for a second season but was moving to the new channel. Lori Loughlin, who also previously starred on When Calls the Heart on Hallmark Channel, was set to appear in the special.

When Lissing left Heart after five seasons, his character died off-screen in a landslide. Loughlin was written out in season six with her Abigail Stanton character traveling back east to take care of her ailing mother.

It’s been confirmed that Laughlin will be playing Abigail again. In the special, the town is preoccupied with creating the essence of Christmas for the photojournalist’s lens, though, behind the scenes, residents are not living the spirit of the season. In the midst of the fuss, a stagecoach appears, and out steps Abigail Stanton and her son, Cody, who have brought a troubled boy to Lillian’s orphanage.

However, Lissing’s role in the upcoming special is being kept under wraps. Given that When Hope Calls is a Heart spin-off, it seems plausible that he could appear in flashbacks.

What do you think? Will you be watching the second season of When Hope Calls on GAC Family? Do you think that Lissing will be playing Jack Thornton?

When Hope Calls is a great show. Will be waiting and watching

Wow, that’s awesome news about Lori and Daniel! I look forward to seeing both actors on tv!

Yes I think it’s a great idea. I think he needs to be on when calls the heart and get back to his wife who thinks he’s dead …

No!!!!!!! Will not be watching anything with Lori Loughlin in it. I can not believe they would even hire her. Too bad as I really liked the spin off. Not anymore.

I think it’s exciting and fabulas

I nor my family will NOT be watching ANYTHING Lori Loughlin is in!

I hope the regular season of When Calls the Heart will be on the Hallmark channel. Hate to miss any episodes. Been watching since the first season.

Do we have to pay to get GAC?

It’s not a pay-for-view station like HBO or Showtime but your cable company may not offer it in all of their packages. I’d call your cable company and ask. If they don’t carry it, request that they do. My understanding is that calls like that make an impact if they get enough of them. Here are some channels that GAC Family posted on Instagram. Numbers may be different in your area.
@AlticeUSA Ch. 184
@Uverse Ch. 529 SD, 1529 HD
@Comcast Ch. 147 SD, 1620 HD
@CoxComm Ch. 1156
@dish Ch. 165 HD
@DIRECTV Ch. 326 HD

Would REALLY like to be able to watch this on Hallmark channel! Surely I’m not the only one! Have no way of getting GAC.

I hope he’s playing a character who is actually alive.