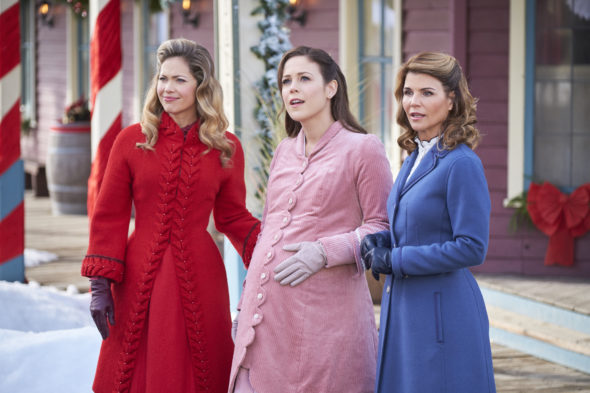 Will Lori Loughlin ever return to When Calls the Heart? Recently co-star Paul Greene voiced his support for the former Hallmark star, Deadline reports.

Loughlin, who played on Abigail Stanton on the drama series, was recently fired by Hallmark Channel following her arrest for alleged involvement in a college admissions scheme.

On the Popcorn Talk Network program I Could Never Be, Greene said the whole cast of When Calls the Heart is sensitive about the Lori Loughlin case:

Everybody has really been very, very careful, because it’s a very sensitive time. And it’s very sensitive on, for every side of this thing. Everyone’s like, dotting their i’s and crossing their t’s on the corporate side and it’s, like, every angle you could look at this has had to have been handled very carefully.”

Greene revealed he’s supportive of Loughlin during this tough time:

We’ve all known Lori for a really long time, and, and when someone’s your friend and something happens to them, you don’t stop being their friend. You support, no matter what happens.”

It does seem near impossible that Loughlin will return for season seven of When Calls the Heart, though. The former star and her husband, Mossimo Giannulli, just plead not guilty to two charges of conspiracy.

What do you think? Are you a fan of When Calls the Heart? Will you keep watching without Loughlin?

Hello, I understand and am very grateful for what Hallmark stands for. I trust their decisions.

Not sure why they would suspend her, the one is not connected to the other! The courts will judge if she has done something wrong, its not up to Hallmark to punish her!

Hallmark stands for honesty and what she did is commit a crime and hallmark shouldn’t allow her back.

Although Lori Laughlin made a huge costly mistake getting involved in this terrible college scheme, I think she should have been suspended without pay, but not outright fired. I have enjoyed her acting way back when she joined the.Casey on Full House . Lori is a big part of When calls the Heart. I do hope she is rehired sometime in the future.

I think I will not watch When Calls the Heart without Lori.

From the amountof support lore has been getting from wcth , its looking like i can never look at the cast the same, therefore the show has lost its authenticy to me. the show has been about being supportive in a positive way with positive circumstances Or shunning evil/ shunning criminal Behavior and the TV program always has Justice coming its way so how can I look at that and know that they just not even for that kind of behavior. I’m not for supporting actors that’s pretend about morality and pretend their goody-two-shoes on the program And in real… Read more »

I love the shoe regardless of who has the parts

what have your shoes to do with this?