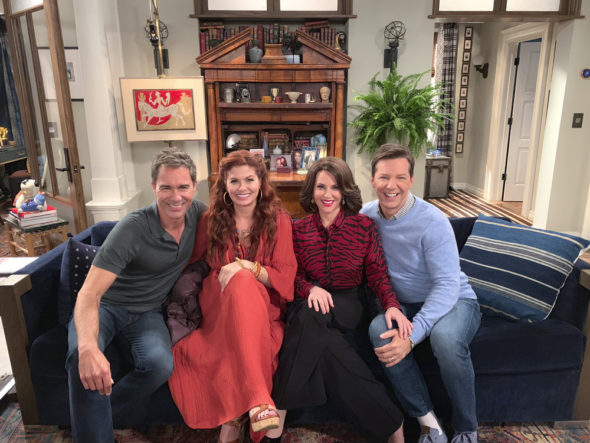 Will & Grace is returning to NBC with its final season next week, and fans are now being given their first look at season 11 of the comedy. The series stars Eric McCormack, Debra Messing, Megan Mullally and Sean Hayes.

NBC released a preview teasing the new season of Will & Grace on Wednesday. The new season will deal with Grace being pregnant. Will and her friends will be by her side while she goes through the process of being “old” and pregnant.

NBC decided to bring Will & Grace back earlier than planned after pulling Sunnyside off the network. That series will air its remaining episodes on NBC’s digital platforms after tonight’s episode airs.

Will & Grace will premiere on NBC on October 24 at 9:30pm. Check out the preview for the new season below.

What do you think? Are you excited for the return of Will & Grace? Will you watch season 11 starting next week?

Yes, I will certainly watch.

Love the show. Sad that it was cancelled..it can’t be for poor ratings.