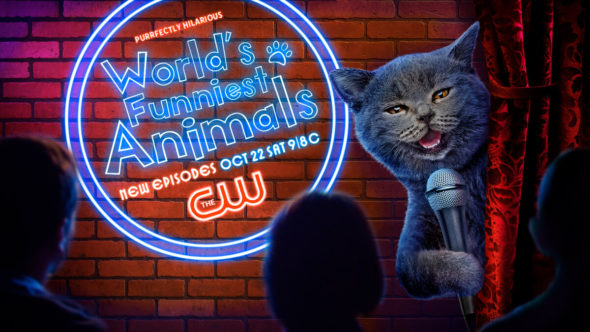 Nexstar is now running The CW, and the company is reportedly focusing on inexpensive and acquired programming. The goal is to make the network profitable by 2025. Does World’s Funniest Animals have high enough ratings to be renewed for season four, or could it be cancelled instead? Stay tuned.

11/20 update: You can see the latest night’s ratings in context.

For comparisons: Season two of World’s Funniest Animals on The CW averaged a 0.06 rating in the 18-49 demographic and 473,000 viewers.

What do you think? Do you like the World’s Funniest Animals TV series on The CW? Should it be cancelled or renewed for a fourth season?