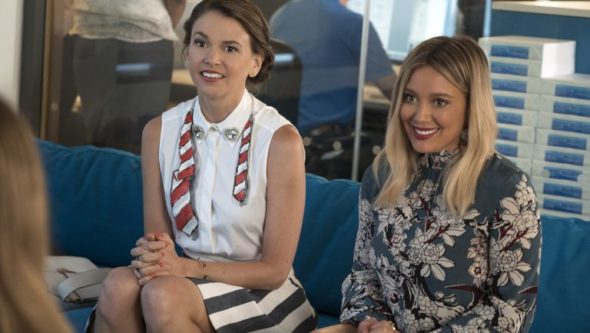 Good news for fans of Younger. Deadline reports the TV show will remain on TV Land for its upcoming sixth season.

The comedy series centers on single mother Liza Miller (Sutton Foster) who passes herself off as a 20-something to land a job in the publishing industry. The cast also includes Debi Mazar, Miriam Shor, Nico Tortorella, Hilary Duff, Molly Bernard, Peter Hermann, and Charles Michael Davis.

According to Deadline, Younger will be staying on TV Land for season six instead of moving to Paramount Network as previously reported.

The new season is slated to debut later this year.

What do you think? Do you watch Younger? Are you excited for the new season?

Love the show glad they are airing season 6

This show is great!!! Looking forward to season 6

I am so happy to hear this show will be back this year. Love it

Great news! Now their people should properly so we know when it will be on!

Love this show! So glad it got renewed.

Love this show, so much fun! Please keep it going!