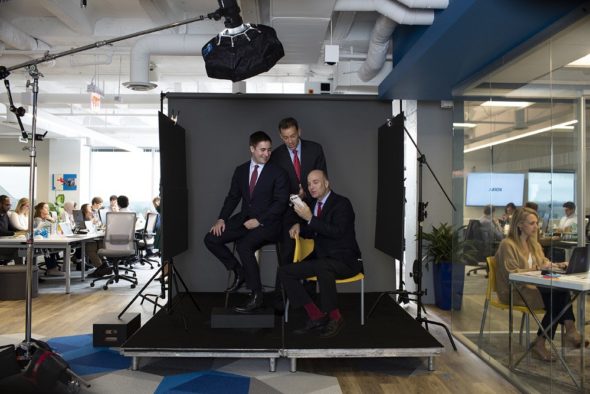 Axios will be back! HBO just announced the TV show has been renewed for a second season.

From Mike Allen, Jim VandeHei, and Roy Schwartz, the docuseries “is known for its mix of exclusive news, illuminating coverage and trustworthy insight delivered with “Smart Brevity” and a distinctly shareable format.”

Season two of Axios will feature eight episode, which are slated to debut later this year.

The news-oriented documentary series AXIOS has been renewed for a second season, it was announced today by HBO, Axios and DCTV. The new season will feature eight half-hour episodes, four this spring and four this fall, as well as four specials, reacting to the most consequential news of the moment and driving the conversation with shorter, interview-based programs.

Emmy® winner Matthew O’Neill (HBO’s “Baghdad ER” and “China’s Unnatural Disaster: The Tears of Sichuan Province”) and Perri Peltz (HBO’s “Warning: This Drug May Kill You” and “Remembering the Artist Robert De Niro, Sr.”) return to direct and produce the show, as they did in the 2018 season. They will continue to work with leading Axios journalists to highlight the week ahead in politics, business and technology, and other big topics shaping the future.

“The second season of AXIOS will feature more breaking news and more interviews with dominant personalities and definitive trends shaping our future,” says Axios CEO Jim VandeHei. “The series will look beyond the news of the day and illuminate and reveal how the collision of industries like tech, business and politics are changing our lives.”

What do you think? Have you seen Axios? Will you watch the new season?