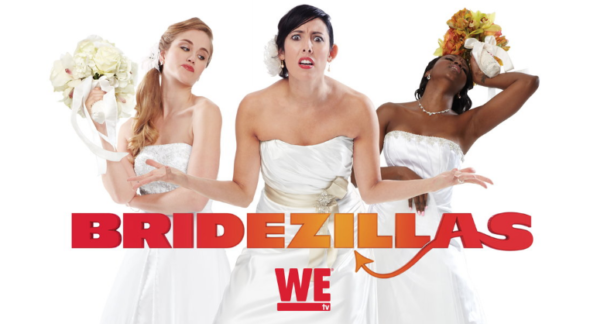 The Bridezillas are back! WE tv just announced the TV show will return for a 13th season this fall.

The new season of the reality series, which chronicles the crazy behind-the-scenes drama that goes into a wedding, introduces Loni Love as the new narrator.

Season 13 of Bridezillas is set to debut on WE tv this fall.

NEW YORK, NY – May 18, 2020 – WE tv announced today that Emmy Award and NAACP Image Award winner Loni Love is the new voice of its signature series “Bridezillas,” which returns this fall to a new night on WE tv. Loni Love is currently a co-host of “The Real,” the nationally syndicated daily talk show, which has been nominated for numerous Daytime Emmy Awards and won the 2018 Emmy for Outstanding Entertainment Talk Show Hosts. “Bridezillas” returned in 2018 after a multi-year hiatus to ratings success and glowing fan reception for the new reboot. The fan favorite phenomenon will return this fall for season 13.

“We are thrilled to have a multi-faceted talent like Loni join ‘Bridezillas’ as the new voice of the show,'” said Marc Juris, President of WE tv. “Her comedic wit is unmatched, and we can’t wait for longtime fans of the series and new audiences to see the energy that Loni brings to each episode.”

“I am thrilled to host and celebrate love with these beautiful brides!!! We will all see their outrageous, hilarious and at times touching stories as they prepare for their dream wedding…it’s about to be lit!!! Bridezillas is back!!!” said Love.

Loni Love is a celebrated comedienne, host, actress, author, and TV personality. Early in her career, Love was a regular at the legendary Laugh Factory. In 2003, Love won the Jury Prize for Best Stand-Up on “Star Search,” and went on to showcase on HBO’s “U.S. Comedy Arts Festival” in Aspen. She has been a recurring guest DJ on “The Ellen DeGeneres Show” and served as co-host of the GRACIE Award-winning radio show “Café Mocha” with rapper YoYo, where they have interviewed President Barack Obama and First Lady Michelle Obama, as well as John legend, and countless others. Additionally, she has guest hosted on Fashion Police and been a correspondent for Entertainment Tonight and E!. She has appeared in films such as “Mother’s Day,” “Paul Blart Mall Cop 2,” “Soul Plane,” among many others, and is the subject of the documentary “Being Loni Love.”

“Bridezillas” famously spotlights ‘normal’ women who have turned into ‘Bridezillas,’ all in the name of planning the ‘perfect’ wedding. Each episode follows two hilariously unhinged brides as they journey toward the altar – we learn about the brides and their grooms, their backgrounds, relationship histories, and see how the wedding has taken over their lives. Tempers and tensions flare, everyone’s patience is tested, and monumental meltdowns become inevitable as our ‘Bridezillas’ are pushed to the edge as they strive to throw the event of a lifetime.

What do you think? Are you a fan of Bridezillas? Will you check out the new season?

Love this show. Very happy to be getting new episodes. Such a fun show.

I’m so disappointed..the old host made me laugh so hard I would literally cry

I have been a fan of the this show since it’s first episode and I can’t wait for this new season!!!! I am so excited it’s back…again. Lol. Looking forward to Loni Love’s narration. I know I will be rolling on the floor! Thank you so much for bringing this show back!