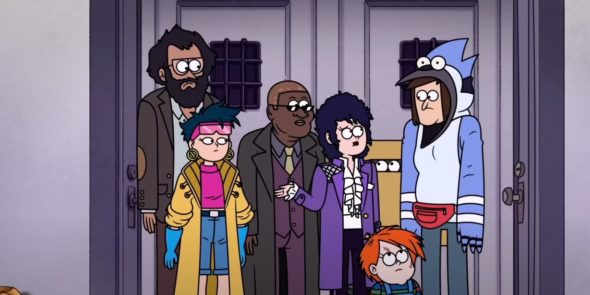 Close Enough is not returning for a fourth season on HBO Max. The adult animated series aired its third season in April and amassed 24 episodes over the course of its run. Starring JG Quintel, Gabrielle Walsh, Jason Mantzoukas, Kimiko Glenn, Danielle Brooks, Jessica DiCicco, and James Adomian, the comedy series follows a group of roommates as they face life changes in their thirties.

The series was described as follows upon its release:

“From JG Quintel, creator of the Emmy(R) winning REGULAR SHOW, comes CLOSE ENOUGH, a surreal animated comedy about a married couple, their five-year-old daughter, and their two divorced best friends/roommates, all sharing a cramped apartment on the eastside of Los Angeles. They navigate a chaotic time in their 30s as they struggle to grow up without growing old. It’s about juggling work, kids, and pursuing your dreams, all while avoiding alien fitness cults, yacht-rock vampires, and silent film era bison. Their life may not be ideal, but for now, it’s close enough.”

HBO Max said the following about the cancellation of the series, per Deadline:

“After three great seasons, Close Enough is coming to an end. We are so proud of the series and grateful to creator JG Quintel and our partners at Cartoon Network Studios, who made this show an instant fan favorite on HBO Max.”

The series was first ordered by TBS in 2017, but it was moved to HBO Max ahead of its premiere in July 2020.

What do you think? Have you seen this show? Did you want to see a fourth season of Close Enough on HBO Max?