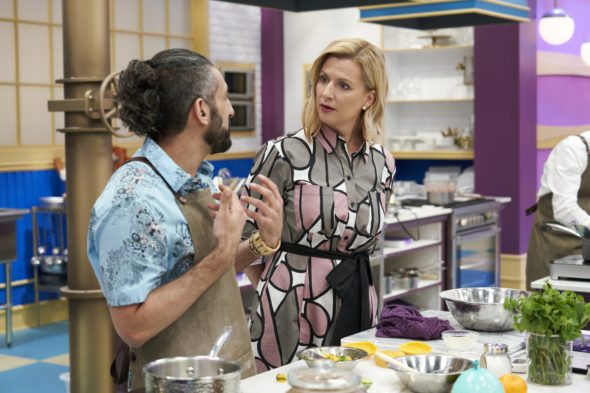 A CW cooking competition series, the Great Chocolate Showdown TV show is judged by Steven Hodge, Anna Olson, and Cynthia Stroud. An ooey-gooey, decadent dessert competition series, this program features 10 home bakers going head-to-head in the indulgent world of chocolate. They’re vying for the grand prize in a range of creative chocolate-based challenges. In order to avoid elimination, the chocaholic dessert-makers must dazzle the panel of world-renowned chocolatiers and food expert judges with their delicious, inventive creations. In the end, three bakers take on the biggest chocolate challenge of their lives, but only one is crowned “Great Chocolate Showdown Champion” and wins the $50,000 grand prize.

The show is fun to watch and a great idea; however, did anyone notice that Anna Olson is biased in her judging and will do anything to keep a white female in the race? This week she sent home Shyam when he actually produced creative and sophisticated desserts, but she kept Amber who made a cake like choux pastry and Lexi who made ugly weird shaped Saturn choux. Anna as a judge needs to go. She has leverage because of her baking reputation and outvotes Steve and the other judge. Anna you are transparent and simply can’t hide your racist… Read more »

I admit I watched the First few shows. Won’t anymore.