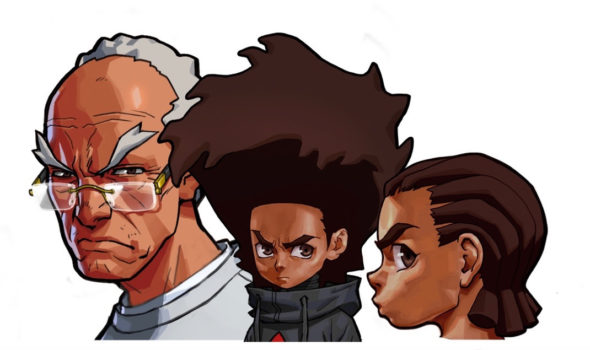 The Boondocks is not being revived after all. HBO Max has cancelled its plans for the return of the animated series after giving the revival a two-season order of 24 episodes in September 2019.

Cedric Yarbrough, a voice actor from the original Adult Swim series, said the following, per Deadline:

“I hate to say this…right now the show is not coming back. We’ve been wanting to do the show and Sony and its…they decided they’re going to pull the plug. Hopefully one day we’ll be able to revisit it…I wish the show was coming back.”

The voices of Regina King, John Witherspoon, Gary Anthony Williams, and Jill Talley were also featured in the series. The original ran for 55 episodes and four seasons between 2005 and 2014.

The HBO Max revival would have followed “the adventures of self-proclaimed ‘Civil Rights Legend’ Robert ‘Granddad’ Freeman, and his two rambunctious grandsons Huey and Riley. The family has recently moved to an idyllic community in suburban Maryland only to see it taken over by the tyrannical Uncle Ruckus and his bizarre neo-fascist regime. Life under Ruckus turns out to be an everyday struggle to survive.”

Sony is looking at other options to bring The Boondocks series back to screens.

What do you think? Did you want to see a revival of The Boondocks on HBO Max? Have you watched the original show?

I want this show back so so much

Best character was Stinkmeaner, everything else mehhh