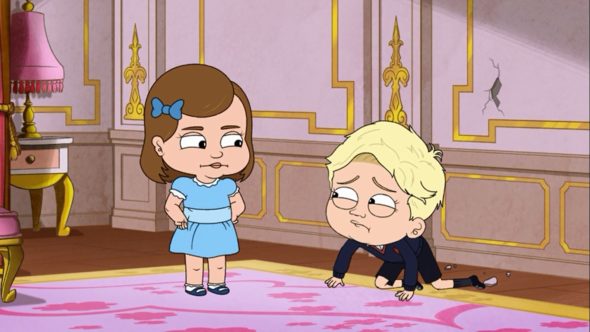 The animated series gives viewers an inside and satirical look at the British Royal family through the eyes of young Prince George (Janetti). After a delay in its release, the streaming service dropped the entire 12 episode season at once back on July 19th.

Per Deadline, HBO and HBO Max Chief Content Officer Casey Bloys said that “The Prince is not moving forward” at the TCA Winter Press Tour.

What do you think? Did you want a second season of The Prince on HBO Max? Are you disappointed by the cancellation?

I’m so disappointed/upset! I watched this so many times and made others watch too lol

Why? I love the prince I was waiting season 2

Very disappointed!! I thought this was super funny! Hbomax just upset me. Oh well, I’ll have to find another show.

Very disappointed I love that show

very disappointed I thought it was hilarious