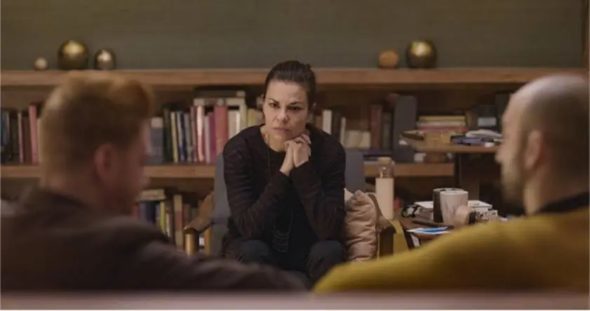 Couples Therapy is returning to Showtime in May for its third season. The cable channel has released a trailer teasing the new episodes and once again, Dr. Orna Guralnik will help real couples with their problems. Season three of the docu-series will follow four new couples as they struggle through tough issues.

“SHOWTIME has released the trailer for the third season of COUPLES THERAPY, the acclaimed documentary series following world-renowned psychologist and psychoanalyst Dr. Orna Guralnik as she guides couples through real-life therapy sessions. The extended third season – split into two distinct runs – will premiere Friday, May 13th at 8 p.m. ET/PT, with the first nine episodes airing this spring and additional episodes airing at a later date. Episodes will air back-to-back each Friday at 8 p.m. and 8:30 p.m. ET/PT for four weeks, with the mid-season finale airing June 10 at 8 p.m. ET/PT. All nine episodes will also release on demand and on streaming platforms for SHOWTIME subscribers on May 13.

COUPLES THERAPY brings viewers into therapy sessions with Dr. Guralnik, as she deftly guides couples through the struggles – and extraordinary breakthroughs – typically hidden behind closed doors. The third season features four new captivating couples working through intense conflicts: a Broadway dancer and preacher’s grandson struggle to escape an endless cycle of conflict after the birth of their daughter; the loss of intimacy in an open marriage forces a wife to reckon with her anger, while her husband resists acknowledging the part he plays; a mother of two must learn to hear her partner’s cries for help or risk losing her altogether; and a decades-long relationship tears at the emotional scar tissue caused by years of betrayal.

COUPLES THERAPY is from Sundance Award-winning filmmakers Josh Kriegman, Elyse Steinberg and Eli Despres, who serve as executive producers. Matt Parker and Maya Seidler are producers. The series is produced by Edgeline Films for SHOWTIME. Pax Wasserman and Maya Seidler serve as directors this season.”

Check out the trailer for Couples Therapy season three below.

What do you think? Are you a fan of this Showtime docu-series? Do you plan to watch season three next month?