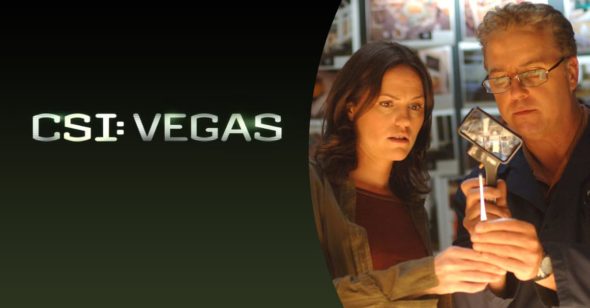 The world of CSI is returning next season, and CBS Chief Kelly Kahl has spoken about the decision to revive the franchise six years after the original CSI series ended on the network.

Kahl said the following about the return of CSI: Vegas in an interview with The Hollywood Reporter:

“It’s a mixture of things. There’s certainly a bit of a nostalgia boom going on right now, and it was also the producers sitting up and realizing there were more stories to tell as the technology that was there when the show was on the air has evolved by leaps and bounds. That’s a lot of the fun they’re going to have with the show is we have some legacy characters and some new characters, and there’s going to be interesting comparisons to the way we used to do things versus the way we do them now. I think that’s really rich material, and at the end of the day I think people are going to be really interested to revisit some of these characters they love and meet some new ones.”

Numbers also played a big role in the decision. Franchises like CSI, NCIS, and FBI all do well on the network – both in live viewing and in streaming. Next season, three series each in the NCIS and FBI franchises will help fill the CBS schedule.

A premiere date for CSI: Vegas to CBS has not been revealed but the program will air on Wednesday nights at 10:00 PM.

What do you think? Are you excited about the CSI: Vegas series coming to CBS? Do you plan to watch it next fall?

So excited… was a little disappointed that they o my chose to do 10 Episodes this year. I have been binge watching all the old episodes waiting for next year.