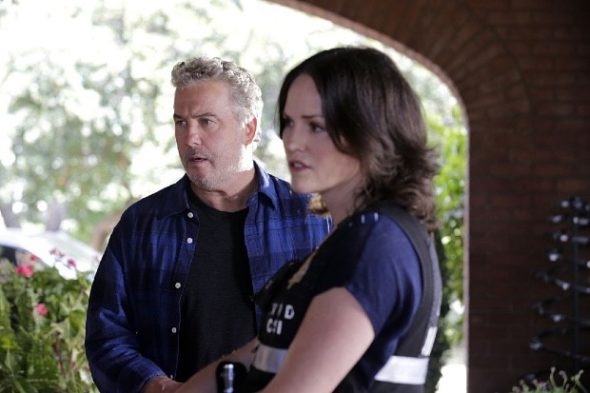 Are you ready to return to the world of CSI? Three actors have been cast in the  CSI: Vegas sequel series project. If it gets the go-ahead from CBS, Paula Newsome, Matt Lauria, and Mel Rodriguez will star in the new series which focuses on the CSI team in Las Vegas. William Petersen and Jorja Fox (above) are working on deals to also return to the franchise.

Though it was initially conceived as a one-time event series, CSI: Vegas could become an ongoing show. The possibility of a sequel series was first mentioned last February as a way to celebrate the 20th anniversary of the franchise.

Deadline revealed the following about the plot of the CSI: Vegas revival series:

“Facing an existential threat that could bring down the Crime Lab, a brilliant team of forensic investigators must welcome back old friends and deploy new techniques to preserve and serve justice in Sin City.”

Check out the new leads for CSI below.

have been cast as leads in #CSIVegas, which is nearing a formal straight-to-series order at CBShttps://t.co/x8IpOXJb6B

What do you think? Are you excited for the return of CSI on CBS? Would you watch the new CSI: Vegas?

Please boost your ratings look forward to seeing it iconic crime drama. Enjoy it and love it. Such a good series.

Hi . Great information about all the programmes . I live in the Uk and would love maybe in brackets some info about a channel that has picked up your good programmes here as well. Thank you

FINALLY ITS ABOUT TIME TOO

Can’t wait to see a new installment of one of tv’s best all-time police procedurals! Happy to see so many of the original cast making a return.

I’d totally watch it for sure…

Would especially love to see Nick back! Loved DB’s character too.