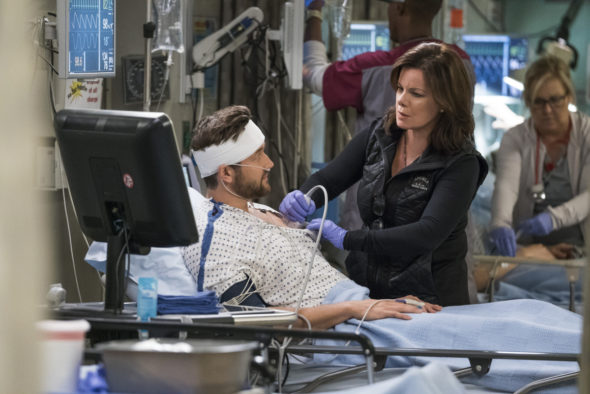 Could Code Black make a comeback after all? According to The Hollywood Reporter, CBS is considering renewing the cancelled TV show.

During this summer’s TCA press conference, CBS Entertainment chief Kelly Kahl revealed the network is figuring out how to do a fourth season of Code Black:

It’s doing incredibly well. It’s a well-done show. We’d like to figure out a way to maybe make it work.”

While nothing final has been decided, Kahl did say CBS is looking into another season.

Please renew!!! I absolutely would watch it!!!!

I’ve this show. So realistic

I am definitely a fan of Code Black and was very disappointed when it was canceled. I look forward to a possible fourth season and definitely would watch it. It is still set in my DVR to record any new episodes.

Yes, I’m a fan, and yes for fourth season with Boris Kodjoe.

Please bring back Code Black this was one of the best true shows that anyone can act . This is actually how it is in an E.R. Would really like to see this show again and again etc,

PA_LEEEEEEZZZZ Do not cancel this show!!!! This is an awesome series-great storylines, actors, scenarios. The biggest fans of this show are probably not represented in the ratings! It pays to understand what the numbers represent!