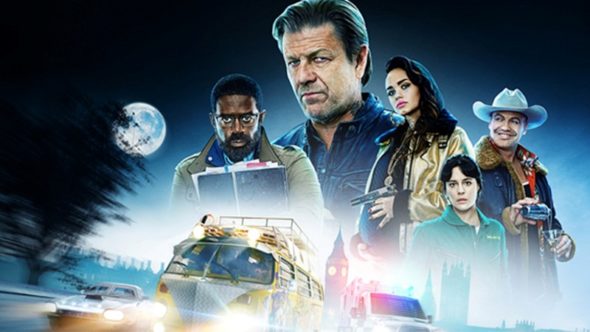 TV show description:
From Matthew Read, the Curfew TV show is a dystopian action drama which unfolds in the near future. A virus has devastated the United Kingdom, which is now under a nighttime curfew, in order to stop the spread of the disease. If a person is caught out between 7:00am and 7:00pm, he or she is put into quarantine by the totalitarian government.

For some, abiding by the new regulations is too dear a price to pay for safety’s sake. To that end, they have instituted an illegal race, which provides participants the opportunity to escape the curfew. They are racing for a chance for at a better life in a better world. Although racing seems rebellious and reckless to some, it is emblematic of bravery and hope to others.

When night falls over South London, 25 teams queue up to begin their race for the finish line in the Scottish Highlands. People will form friendships and forsake them — forge alliances and abandon them. This chance for freedom is only available to the winner — and there can only be one. On the way, the series delves into the lives of the racers to get at what inspired them to risk their lives for this race.


What do you think? Do you like Curfew TV series? Should this Spectrum Originals TV show be cancelled or renewed for another season?