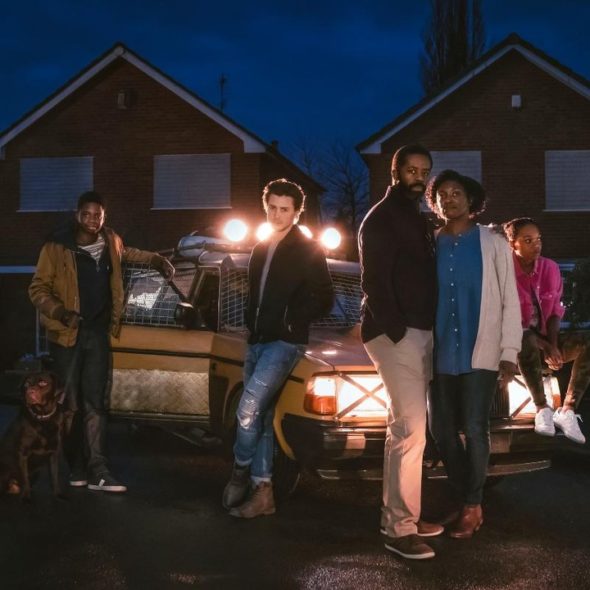 Are you keeping up with the first season of the Curfew TV show on Spectrum? As we all know, the Nielsen ratings typically play a big role in determining whether a TV show like Curfew is cancelled or renewed for season two. Spectrum Originals and other streaming platforms, however, collect their own data. If you’ve been watching this TV series, we’d love to know how you feel about the Curfew season one episodes. We invite you to rate them for us here.

A Spectrum dystopia action drama, Curfew stars Sean Bean, Billy Zane, Miranda Richardson, Adrian Lester, Adam Brody, Phoebe Fox, Malachi Kirby, Harriet Walter, Michael Biehn, Robert Glenister, Aimee-Ffion Edwards, Rose Williams, Elijah Rowen, Andi Osho, Ike Bennett, Jason Thorpe, and Guz Khan. It unfolds in the near future, where a virus has devastated the UK. Chafing at the totalitarian regime’s nighttime curfew, people have instituted an illegal race, which provides participants the opportunity to race from South London to the Scottish Highlands, to escape the curfew and make a better life. This chance for freedom is only available to the winner — and there can only be one.

What do you think? Which season one episodes of the Curfew TV series do you rate as wonderful, terrible, or somewhere between? Should Spectrum cancel or renew Curfew for a second season? Don’t forget to vote, and share your thoughts, below.

Cant wait for Season 2! So many people to follow to see what happens to them. Please bring it back!

O.K., I am very passionate about this, as my family and friends would tell you since I have promoted the show tirelessly to them. This show is OUT OF THE BOX, NOT THE NORM, AND CAN APPEAL TO JUST ABOUT EVERYONE! The creators are GENIUSES who came up with this idea. I love TV/movies in general, but this show – CURFEW – takes the cake. To be honest, I wasn’t really sure I’d be that interested from the previews, but thought I’d give it a shot and ended up binge watching the entire show beginning to end in one night… Read more »

I loved it! Especially the music was so well chosen! It needs to go on!

Come on! Don’t stop now. This series was an amazing surpise. Didn’t expect it to be so intriguing.

want to see more! Intriguing, with humor.. Loved it!

This show caught me off guard. I didn’t think I would like it though decided to try it. Well I actually was hooked! The black humor and comedic edge of Billy Zane was what drew me in!

You cant end the race now. There has to be a season two, I’m addicted.

Keep the Curfew Race alive.
Just love the show. Get real crazy and put a Zombie behind the wheel of a car

Please don’t cancel CURFEW!!!
I enjoyed watching storylines so different from everything else!!!

Can’t wait for season two of Curfew,,,,by all means renew