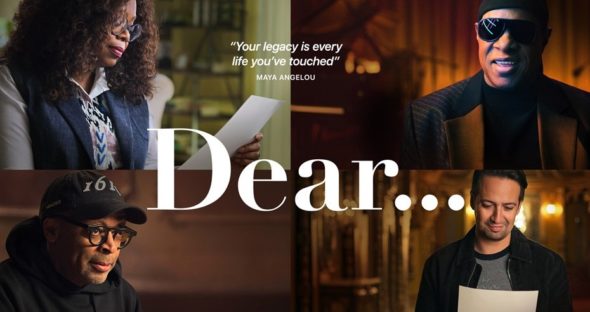 Dear… is sticking around. The series has been renewed for a second season by Apple TV+, and the new episodes will feature appearances by Viola Davis, Selena Gomez, Billy Porter, and others. An unscripted series, Dear… showcases letters written to talented people by fans who have had their lives changed by their work. The show will return to the streaming service later this year with 10 brand new episodes.

Apple TV+ revealed more about the renewal of Dear … in a press release.

“Apple TV+ today announced a second season renewal for its inspiring and acclaimed unscripted series Dear… from Emmy and Peabody Award winner R.J. Cutler. The announcement comes on the heels of the critically acclaimed debut of Apple and Cutler’s global smash hit documentary Billie Eilish: The World’s A Little Blurry.

Set to debut globally on Apple TV+ later this year, the second season of Dear… will debut 10 new installments, with each episode spotlighting and profiling internationally recognized leaders, including:

Inspired by Apple’s groundbreaking “Dear Apple” spots, Dear… takes an inventive and cinematic approach to biographies of the most iconic figures in society today by using letters written by those whose lives have been changed through their work. The docuseries is executive produced by Cutler alongside Jane Cha, Todd Lubin, Jay Peterson and Donny Jackson. Matador Content, a Boat Rocker Company, produces the series for Apple.

What do you think? Did you watch the first season of Dear… on Apple TV+? Do you plan to check out the second season?