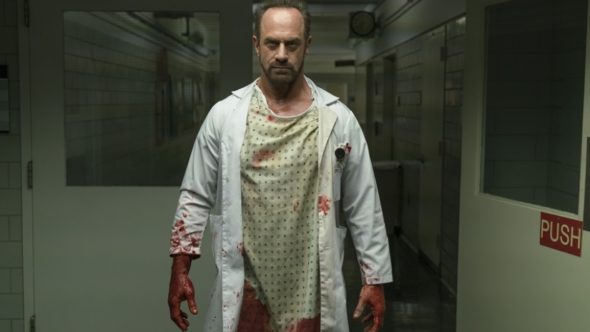 The dark comedy centers on Nick Sax (Christopher Meloni), a former cop and current hit man whose life is turned upside down by Happy (voiced by Patton Oswalt), an imaginary unicorn out to save the day. The cast also includes Lili Mirojnick, Joseph Reitman, Medina Senghore, Ritchie Coster, and Patrick Fischler.

Season two of Happy! premieres on Syfy on March 27th.

What do you think? Have you seen Happy!? Will you watch the new season?

Agree with PhilS. It’s quite unusual but love it. Got a friend hooked on watching it too. Can’t wait until March 27 for season 2.

A very quirky show but very enthralling too, so glad to see it coming back.