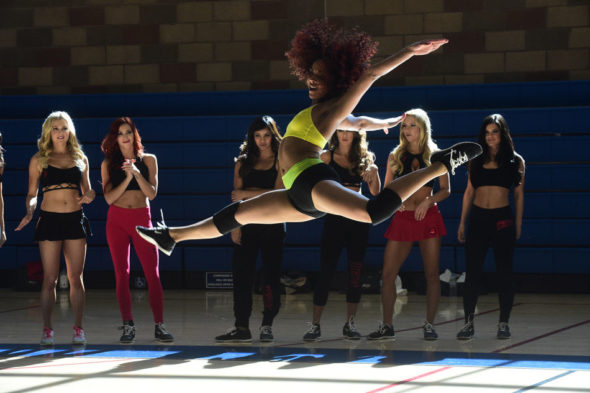 Yes will see how the new season goes with new writers.

YASSSSSSS! !! I will definitely be watching I love this show!

No I will not be watching it! How do you bring it back with not the same characters and every show that they pic up never last long they change everything look what they did to the Game

Hi, I’m glad that they decided to keep the show going instead of cancelling it.

YEA! I am glad BET is picking up Hit The Floor. When does it begin?

I am pleased to see that BET will pick up this show. I am a “Hit the Floor” fan and was upset when I thought it was cancelled. Thank you BET!!

I am so happy of the return. I was floored when it just went off the air. Thank you BET. MY four daughters and i are big fans!!!

I never miss an episode. I record and watch each episode. I hope season 4 has more episodes. I love the entire concept of the show. It should be on Netflix if it’s not.

Just one question….I am hearing on social media Adam Senn (Zero) will NOT be returning, and heard nothing about Brent Antonello (Jude), when BET takes over from VH1. Also all female writers? I have a strong feeling BET doesn’t like the “gay” theme and I wonder if Jude and Zero will be returning. Probably a new story line with “Zude” out of the picture (moved away, killed off, retired, Zero traded away-there are a number of options). I LOVE the Zude portion of the show/story. If Zude is eliminated, I will most likely not watch anymore, and I doubt others… Read more »

I am happy to see the relationship of Jude and Zero. Am PRAYING the BET network will continue to blossom this relationship- maybe a marriage and baby adoption (they have a babys room in their house renovation!!). FINALLY great to see a male to male relationship presented in a positive direction!!!!!!! THANK YOU!!

What positive direction? You mean being guy is a good thing? Park well my brother!