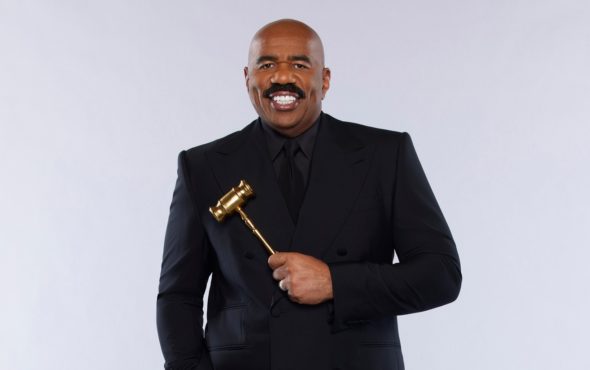 On the show, Harvey serves as both the judge and the jury but, unlike other TV judges, Harvey has never held any judgeship or legal licenses. With the help of Nancy Price, his trusted bailiff by trade, Harvey plays by his own rules, basing his courtroom decisions on his own life experiences and some good old common sense.

Real-life people with real-life conflicts present their case in Harvey’s TV courtroom and they range from family disputes, unpaid bets, sour friendships, and everything in between.

What do you think? Do you like the Judge Steve Harvey TV show? Do you think it should be cancelled or renewed for another season?

Seriously??? We need another judge show !!!!! No thanks

what a farce. Steve Harvey has no legal background and no basis for passing judgement. I doubt if his verdicts will hold in an actual court of law. His on-screen behavior is more like a clown than a judge. The cheering audience and the jokes create more of a circus than a court room. This show should be canned mid season. It is a disgrace to the American legal system

Whoever thought of this show with him, should be fired. I wouldn’t even watch the first episode.